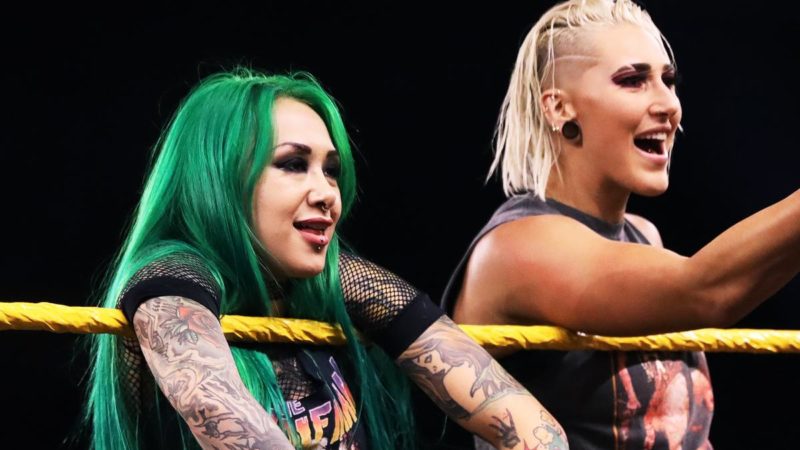 This year’s Survivor Series will not include NXT, unlike last year. NXT Superstars were also not used during the 2020 edition of the WWE Draft. The recent COVID-19 outbreaks in NXT are likely to be the case. However, it is very likely they will be calling up NXT Superstars again and it seems one Superstar, in particular, could be making their way to the main roster.

Give Me Sport recently spoke to Shotzi Blackheart where she was asked regarding NXT call-ups. According to her, Rhea Ripley should be called up to the main roster and she does not know why the company has not called her up yet.

The main roster is the main goal. That’s why we’re at NXT. So every time someone moves up to the main roster it’s awesome. I think Rhea Ripley [will be called up next]. I don’t know what’s taking so long, honestly! She belongs up there, she’s a superstar. I think very soon she’ll be gone. That makes me sad because she’s one of my favorite tag team partners, but she deserves it!

Rhea Ripley is only 24-years-old and already has great reigns as NXT and NXT UK Women’s Champion. She also impressed fans in her match against Raquel Gonzalez at NXT Halloween Havoc. We will have to see whether she will be called up to the main roster eventually.