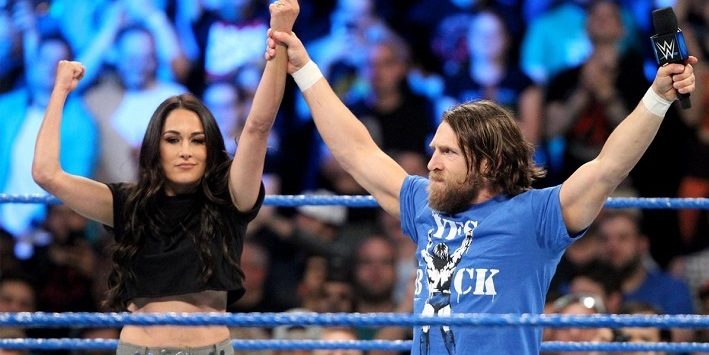 After this, it was announced that both the couples would face each other in a mixed tag match at the upcoming Hell In A Cell PPV and it appears that this feud won’t end just there.

Wrestling Observer is reporting that Maryse is scheduled to be a part of SmackDown this week and she is expected to be a regular on the show again from here on.

Not only that but the report speculates that the whole thing could be a set up for a match at Evolution and she could face Brie Bella at the upcoming Women’s only event.

As we noted before, Brie’s sister Nikki is also reportedly being considered for a huge match at the show and she is expected to face the Raw Women’s Champion Ronda Rousey.