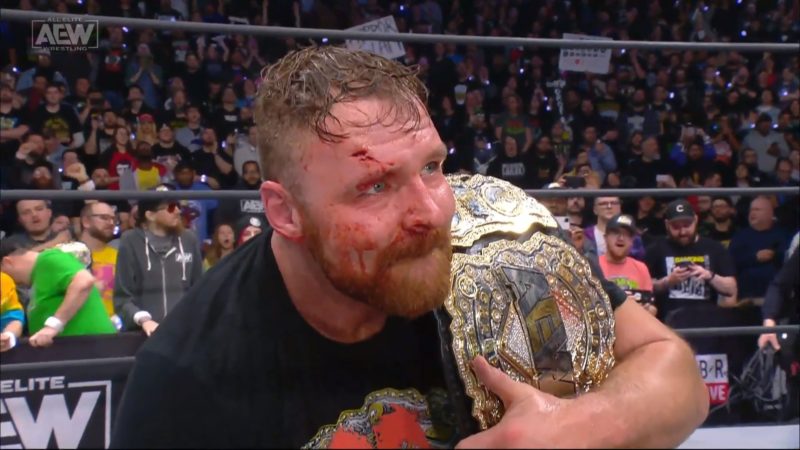 Jon Moxley won the AEW World Title at Revolution after defeating Chris Jericho for the title. This might lead to an interesting direction in the future.

According to The Wrestling Observer Newsletter, the long-term plan was for Moxley to become the AEW World Champion. This might lead to some title matches that fans have not seen as of yet.

Owing to the fact that Jericho beat Kenny Omega and Adam Page in AEW, this will allow Moxley to have new challengers for his title.

The long-term plan was always for Moxley to be the second champion, and for longevity it makes sense. If the idea is for people like Kenny Omega and/or Adam Page to be champions over the next year or two, from a storyline standpoint,

Jon Moxley and Kenny Omega ended their feud last year after a bloody unsanctioned match. We will have to see who his next challenger will be. For the time being, he will be busy with The Inner Circle.