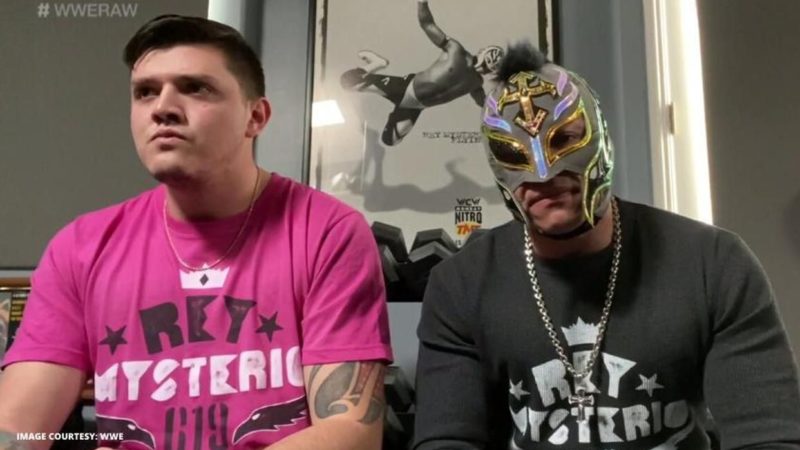 Dominick has been a vital part of Monday Night RAW for a little while now. He joined his father Rey Mysterio in a war against Brock Lesnar in 2019 and has since been added to Mysterio’s feud with Seth Rollins.

According to Dave Meltzer of The Wrestling Observer, Dominick is a big key for keeping Rey Mysterio around.

“But his son Dominick is a key to this. Dominick was forgotten about for months, but after Rey’s contract was up, knowing that Rey is probably going to care about pushing Dominick and Dominick getting a break than perhaps anything right now, he was brought back for the current angle.

While he hasn’t done a match yet, from a physical standpoint in the few instances he’s had to perform, from a timing standpoint, he’s looked great.” (H/T to Sportskeeda)

WWE looks to be building something special with Dominick. The Monday Night Messiah has targeted him, Rey, and anyone that has come to their aid on RAW in the past few months.

One has to think that this will eventually lead to a match involving both Dominick and Rollins down the line.