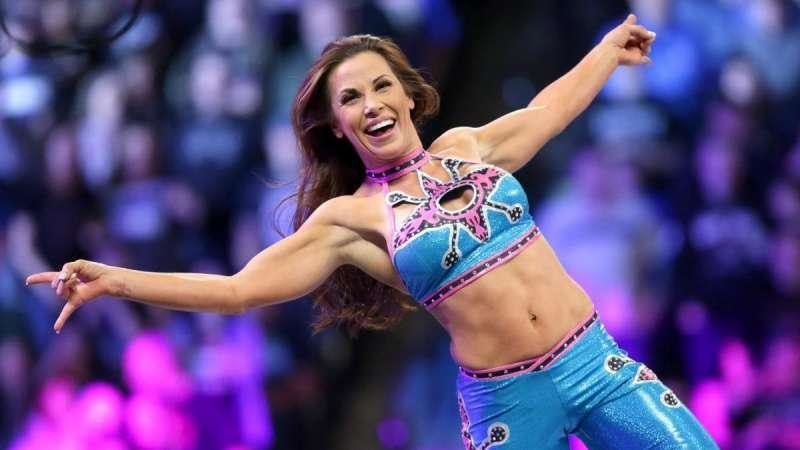 Mickie James faced Asuka on this week’s WWE RAW for the Women’s Championship. It was James’ first title match in a long time, however, the match did not go as planned. During the match, Mickie James looked off, and then the match ended in an extremely controversial fashion.

Everyone, including James, was shocked when the referee called for the bell to be rung. She was in an Asuka Lock but had not tapped. The referee did not provide a reason as to the reason for the match-ending. Following the match, Mick Foley and Lance Storm posted about a possible injury to James’ shoulder.

I’m hearing that @MickieJames may have injured her shoulder in tonight’s #Raw match – which would explain the quick ending to the match.

If true, I’m wishing Mickie a quick and complete recovery…and hoping she gets another shot at the title. https://t.co/gf69VD5ahB

However, that is not confirmed yet.

Another explanation has also been posted about why the match ended in the manner that it did. Ryan Satin posted a possible explanation for the controversial match-ending. Mickie James was seen apparently tapping in his close-up video of the ending sequence. This is the angle that the referee saw, and that could be why the match came to an end.

FWIW; it does look like Mickie may have tapped from the ref’s POV pic.twitter.com/6LnieICtts

However, Mickie James was not tapping at this time, and her hand merely hit the mat twice as she tried to get a grip on it. WWE has not commented on the controversial ending yet.