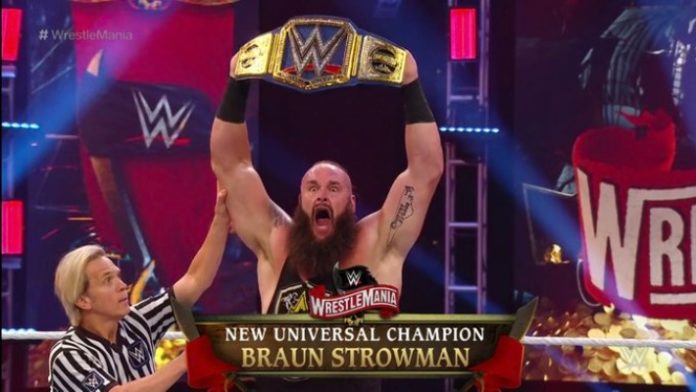 Roman Reigns was scheduled to challenge Goldberg for the Universal Title at WrestleMania 36. However, he pulled out at the last moment due to health risks and WWE had to replace him. Braun Strowman replaced him and ended up winning the Universal Title.

Reports suggested that Goldberg was going to win at WrestleMania after Reigns pulled out. The company wanted Goldberg vs Reigns at a later event such as SummerSlam.

According to a report by Wrestle Talk, Goldberg did not want to win at the event because he “had no intention of adding more dates to his current deal.” Due to this, the company decided on having Strowman win as  “it was clear whoever replaced Roman would be winning the title.”

Luck certainly favored Braun Strowman, who was not booked for a match at WrestleMania till then. We will have to see how WWE books him.