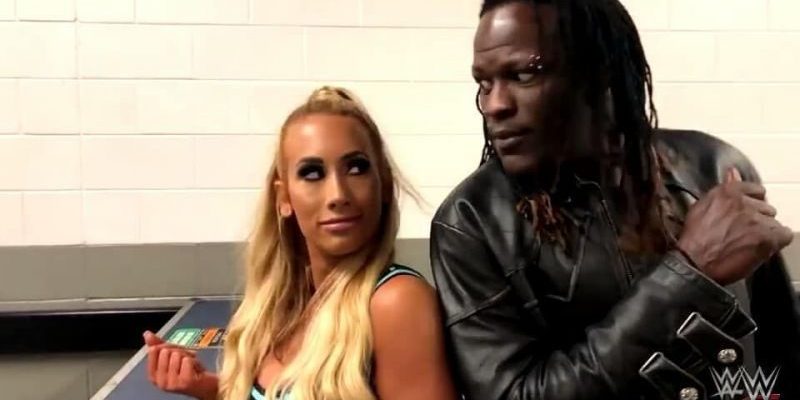 The second WWE draft was held on this week’s Monday Night RAW, where R-Truth and Carmella were separated as they were moved to different brands. Apparently, there was a good reason for this.

During Wrestling Observer Radio, Dave Meltzer provided an explanation as to why the two were broken up. He said that the WWE 24/7 Title was originally a USA Network idea in order to fill in the third hour of RAW. The title eventually evolved to have nothing to do with the third hour.

R-Truth had to stay on RAW, but owing to Corey Graves being moved to Smackdown Live, Carmella had to go there as well.

We wonder what will become of the two in the company from now on.