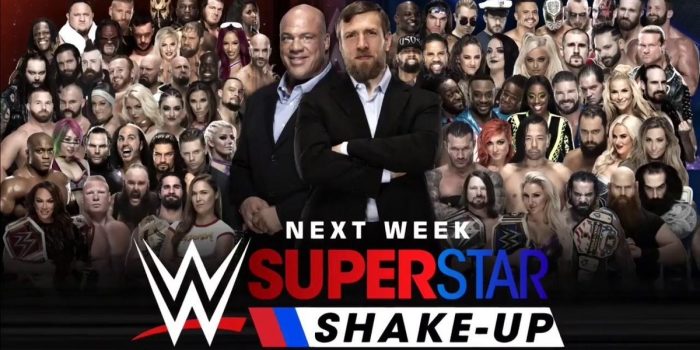 We noted before how WWE announced the return of the Superstar Shakeup for next week’s episode of Raw and SmackDown Live.

The company also revealed that it will play out like last year, meaning that the stars who change shows will just appear on their new brands during the event.

While there is no news on the male stars who may change their brands next week, we may now know the first big female name who is going to be moved.

Local promotions for June 13th SmackDown Live Event in Tupelo, MS are advertising the former NXT Women’s Champion Asuka for the show, which may be an indication of her going to the Blue Brand.

As we noted before, Asuka was originally expected to beat Charlotte at WrestleMania and win the SmackDown Women’s title which would have meant that she would have moved to Smackdown Live.

So after this revelation, it appears that WWE is moving forward with their original plans of a brand switch for Asuka despite her loss at the Show of Shows.

Throughout the week, we’ll keep you posted on any other similar reports on the stars expected to switch brands during next week’s superstar shakeup