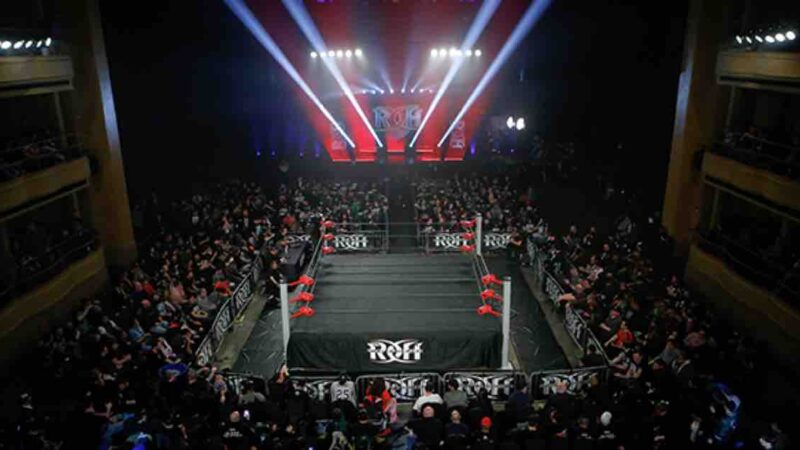 Ken Dixon is a Maryland Championship Wrestling (MCW) star and has had stints in ROH. It has come to light that he was arrested for assaulting a 12-year-old kid at the most recent event for Virginia Championship Wrestling. It has been noted that the kid was heckling Dixon throughout his match and then again during intermission when Dixon decided to pie-face the kid and shove him to the ground. Cops were called immediately and Dixon was arrested on the spot. Dixon has worked for ROH in the past.

VCW would issue an official statement where they would reveal that Dixon had got into it with a 12-year-old fan during an intermission at their show on Saturday. Director of Operations for the promotion, Jerry C. Stephanitsis mentioned in the statement that security would be bumped up at their next event. He would also mention this would be the last the promotion would comment on the matter.

You can read the statement below:

The Uncle of the child who was assaulted by Dixon would post a Tweet on Sunday afternoon showing the independent wrestler being lead off by police officers. You can check out the video clip below:

@The_KenDixon that’s my nephew you assaulted, that legal trouble is a helluva lot better than the alternative bubba. Grow up man. He was 12. My 12 year old daughter was there too. You need help. pic.twitter.com/QsnsXyBKiX

Following the event, Dixon’s Twitter account has been terminated. Dixon recently dropped the MCW Pro Wrestling World Championship and had been working independent dates prior to the assault and arrest. It has been reported that if the star is found guilty then he ould be handed up to a one-year jail term and fined up to 2500 dollars. An assault on a minor is considered a class A misdemeanor Dixon has been a regular for MCW for years, also making sporadic appearances in Ring Of Honor prior to Tony Khan acquiring the brand.