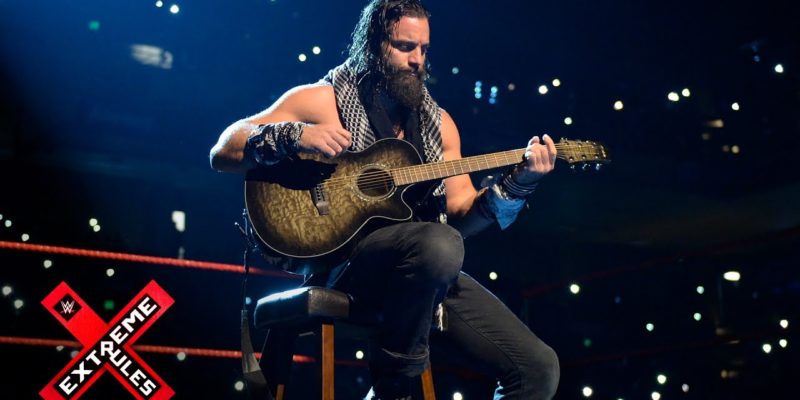 A possible reason behind the Elias Samson segment at Extreme Rules may have been filling time on the main card.

As noted by veteran professional wrestling industry insider Dave Meltzer on a recent edition of the Wrestling Observer Radio, the WWE had a lot of time to spare with only 6 matches on the main card, hence the Elias Samson musical performance.

Elias Samson put on a show, strumming his guitar and singing, well…delivering a stereotypical heel promo to the fans in attendance at the Royal Farms Arena.

The segment didn’t set up any match nor did it further any storyline involving Samson on the Extreme Rules card this past Sunday.

Nevertheless, Samson was prominently featured on the main card of the Extreme Rules PPV.

Just in case you folks missed the show, the card was as follows-

It’s intriguing to note that Samson, who had an elaborate segment on the main card, did not compete in a match at the event.

This, in turn, further serves to confirm the validity of Meltzer’s opinion as to why WWE chose to insert the musical segment on the PPV main card.

Elias Samson is presently signed to Monday Night RAW, and fans can expect the Drifter to feature more prominently on the promotion’s flagship show in the weeks to come.