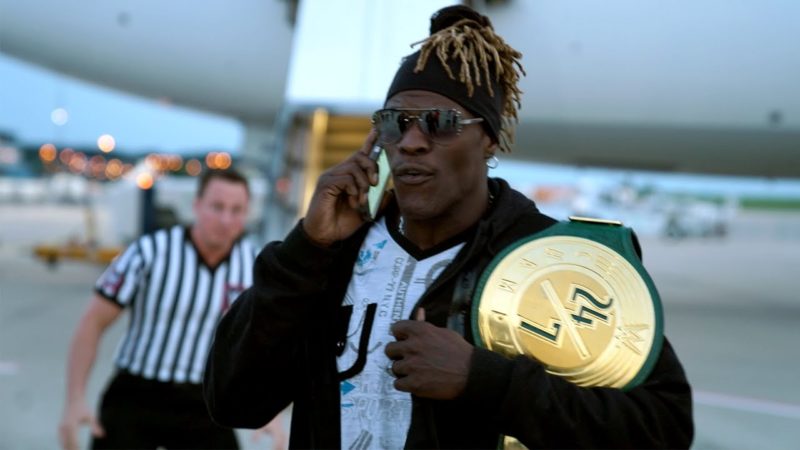 R-Truth is one of WWE’s most hilarious superstars as well as the pinnacle of the 24/7 Championship scene. However, fans were disappointed to learn that Truth would not physically be defending his WWE 24/7 Championship during ‘The Show of Shows’, although he was apart of the event in a pre-taped advertising skit put together by Old Spice. Still, for those wondering why R-Truth did not actually appear during WWE WrestleMania 37, we might have an answer that can put the whole situation to rest. It was revealed earlier this year that this popular R-Truth segment was unscripted.

On the Squared Circle subreddit, the question of why R-Truth wasn’t at this year’s edition of WrestleMania was asked by a member of the WWE Universe. SuperDupperDandy poised: “So for those of you who’ve seen Raw Talk, they cover R Truth’s absence at both WrestleMania and the past few weeks by saying he was at the wrong stadium. Jokes aside why was he absent?” To which another Reddit user by the name of GrumpyAntelope proclaimed that Truth was allegedly afraid about the Coronavirus pandemic, although the user phrased this in a humorous manner as the Redditer stated that “He was worried about catching covid-37 at WrestleMania 19.” – a play on how Truth confuses titles, phrases and words during his promos.