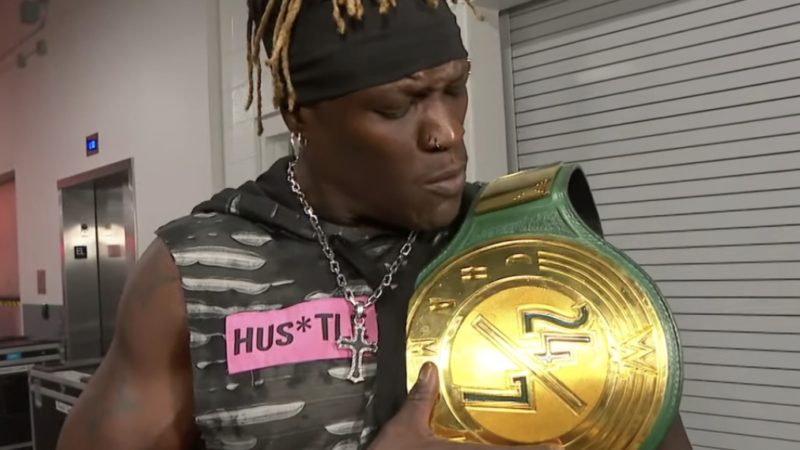 On the most recent episode of the Billi Bhatti famed podcast ‘The Dirty Sheets’, Billi speaks on all things within the very crazy world of professional wrestling. In this article, we’ll be focusing on what Bhatti has to say about one of the WWE fan’s favorites, R-Truth, and his current WWE contract. Nikki Bella ‘Abandons’ Boyfriend On Vacation.

In this segment of the show, Bhatti is speaking about how some wrestlers are doing extremely well in the company even though it was thought that WWE were doing poorly in terms of cash flow. This doesn’t seem to be the case at all as Bhatti spoke about how much people like Sasha and Bayley make before talking about R-Truth’s paycheck.

Bhatti had this to say: “Bayley and Sasha and umm, all of those four horsemen they kind of keep reupping on the same deals. So, they’re on like a million – million and a half dollar deals after they got all of their stuff in there. I mean, their basics would be about $750,000. She (Bayley) has to have about four to five million tucked away by now.”

Bhatti then turns his attention to what R-Truth is bringing in as he says: “These people are guaranteed to make – even at the lowest-lowest like R-truth, about $500,000 a year. R-Truth probably brings in about $750,000 a year due to loyalty. The guy has been with the company for a long time…like fifteen years. I mean, the guy gets money. He’s got something like seven cars and seven kids.”