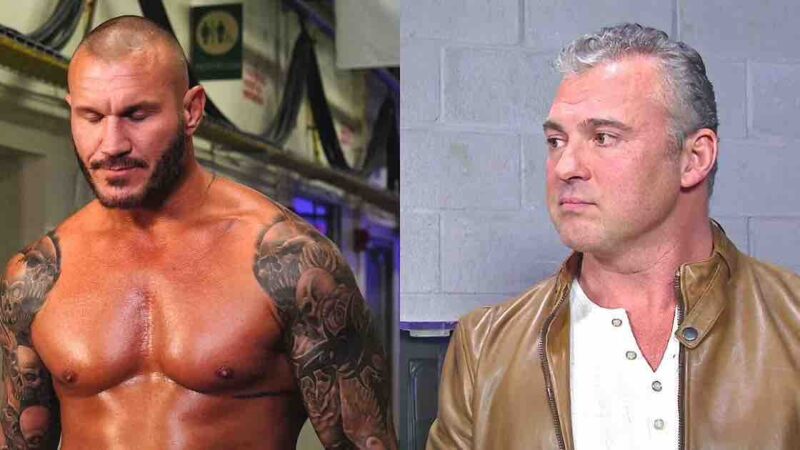 Shane had made his huge return in the Men’s Royal Rumble match earlier this year. He entered the bout at #28 but apparently, that was not the plan. The production team mistakenly played his theme, and The Viper refused to enter the match on Shane’s music.

RK-Bro recently featured in an interview with BT Sport titled “Know Your Bro.” Orton and Riddle were discussing the events of the Royal Rumble, where the first half of the RAW Tag Team Champions cleared up the confusion around the event.

He was initially supposed to be the final entrant in the Royal Rumble match, but the numbers were mixed up. The confusion led to Shane McMahon’s unplanned entry. Randy stated that Shane was “axed” because of the situation and apologized to the latter.

He was quoted as saying:

“Orton: These [questions] are pretty good because they are not impossible, but they are, you know…

Riddle: I know when you were supposed to enter [the 2022 men’s Royal Rumble], and then somebody did…

Orton: Right. That’s like Shane McMahon got axed after that because of the whole… [Orton & Riddle laughed]. Sorry Shane, love you, man.

Riddle: I didn’t even remember what number I came in.

Shane McMahon is no longer with WWE. He was expected to be back at WrestleMania 38 but that didn’t happen. The company has released its annual proxy statement showing how much WWE executives made last year. The report also showed how much money Shane McMahon made last year even though he is no longer a shareholder in WWE. The 52-year-old essentially earned over 1 Million Dollars for just one match against Braun Strowman at WrestleMania 37 and royalties.