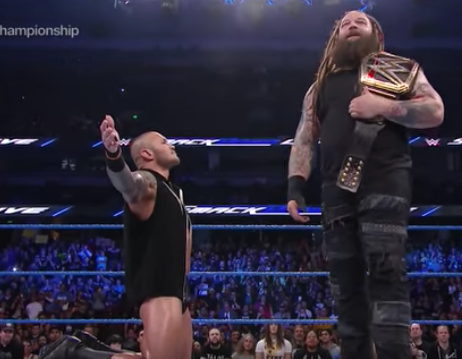 “As long as you are the master and I am the servant, I refuse to face you at WrestleMania,” Orton said. “I pledge my undying allegiance to you, Bray Wyatt!”

General Manager Daniel Bryan announced that a Battle Royal will be held on next week’s SmackDown to determine the new No. 1-contender:

BREAKING: @WWEDanielBryan announces a #1Contender #BattleRoyal NEXT WEEK on #SDLive to replace @RandyOrton, who refuses to face Bray Wyatt! pic.twitter.com/f9WCD4D6Tz