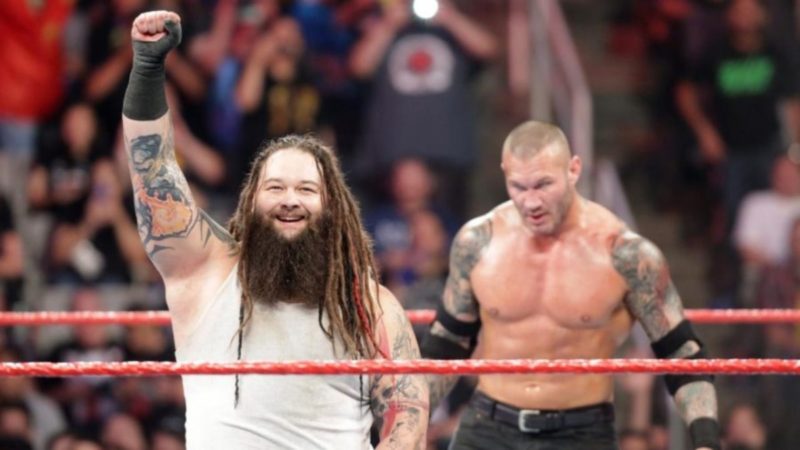 Although not currently involved in a feud, Randy Orton and Bray Wyatt engaged in a cryptic Twitter exchange earlier today.

The Viper previously posted a message from his official Twitter handle that got the fans talking. It featured a short clip of a coiled-up snake preparing to attack. The tweet was posted with the caption – “It’s FINALLY happening!! Any guesses?”

Today Orton tweeted yet another picture of a snake, which got a reply from his former stablemate, Bray Wyatt. He responded with a GIF featuring actor Jean-Claude Van Damme punching a snake unconscious, hinting that Wyatt would do the same if he faced The Viper in the ring.

Orton and Wyatt were involved in a feud back in 2017 leading up to WrestleMania 33. The Viper had aligned with Bray Wyatt and The Wyatt Family in 2016, but then went on to win the 2017 Royal Rumble and started a feud with him. Orton eventually defeated Wyatt at The Show of Shows to win the WWE Championship.

At present, Wyatt has been busy feuding with Braun Strowman as The Fiend, whom he defeated at WWE SummerSlam to win the Universal Championship. But he could only hold it for a week as Roman Reigns won it back at WWE Payback in a triple threat match.

Orton, on the other hand, will be facing Drew McIntyre for the WWE Championship on Clash of Champions. He won against Seth Rollins and Keith Lee in a triple threat match on last week’s WWE RAW to seal his place as the Challenger.