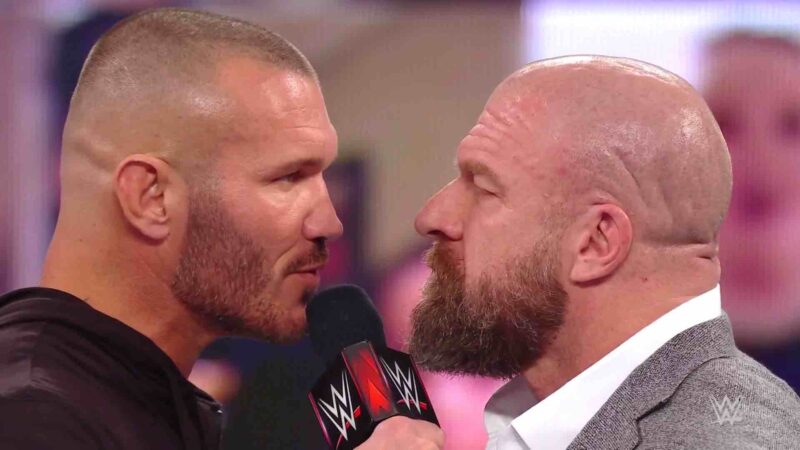 Randy Orton and Triple are two of the biggest names of WWE. While they had some memorable rivalry and matches in the company, they have also been stablemates in Evolution. Orton’s wife did not shy away from recalling a very bizarre story about ‘The Viper’ recently.

While speaking on the Wives of Wrestling podcast, Kim Orton revealed that her husband Randy Orton told her about one time when he had to wipe snot off Triple H’s face. The gross story was shared by Kim as she had no problem sharing it.

“He [Randy Orton] told me he was fighting Triple H, and H had a giant snot on his face, so Randy was the only f*cking boy (because I would have never done this) who wiped it off H, and he rubbed it (signaling to the leg) just to get rid of it. I’m like ‘you are a true friend because I don’t know if I would have done that’.”

You can check out the full episode of the podcast below:
‘The Viper’ seemingly had been dealing with back issues as per his tag-team partner Riddle. RK-Bro lost the Undisputed WWE Tag Team Championship match to The Usos on SmackDown a couple of weeks ago and it was the last time Orton had stepped foot inside the squared circle. We will have to see when he manages to make his highly-awaited return to WWE.
Meanwhile, Triple H is currently serving as EVP of Talent Relations and WWE Head of Creative.