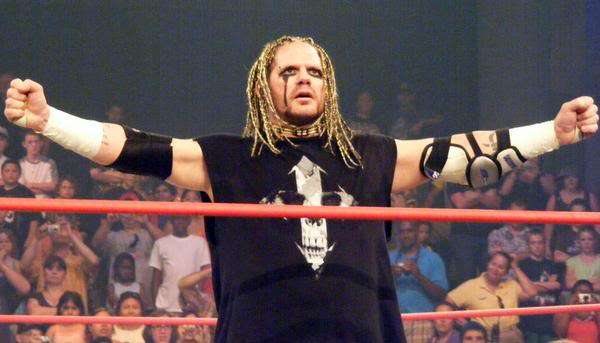 Raven won't work with the WWE.

ECW icon Raven recently opened up on why he won’t work for WWE in a backstage capacity, besides speaking about his grunge character connecting with the youth, and so much more.

In an interview with Michael Wonsover, the former leader of the flock spoke on a myriad of topics, primarily highlighting his refusal to be another ‘cog’ in the WWE system.

On his refusal to be just another executive in WWE, Raven stated-

“No, I wouldn’t take it. Here’s the problem– creative you’re just a cog. The problem is you create great ideas and then you don’t get to see them come to fruition. That’s so taxing to me emotionally because you get so involved in the characters. So that would suck. As far as being a backstage agent, I don’t have any interest in that because I’m not using my creativity in any really strong way. You’re just an agent, so that wouldn’t interest me. It’s a whole different world now. The old days I would’ve definitely been a booker somewhere, but now it’s a 24-hour, 7-day a week job. I have no interest in being on the road that much because after 30 years of being on the road I’m happy at home.”

Furthermore, on his rebel look connecting with the fans in ECW and pro-wrestling in general, Raven added-

“He (the Raven character) was something the fans could identify with. Whether they approved of it or not is a whole other matter. I caught the wave of the grunge era. I tapped into a part of America that people either love or they hate. When I was being a villain, I always made sure that people understood my motives. I made sure that it got a visceral reaction. My outfit was a whole new look nobody had really done before. My style of promo was unique in that no one had done before. The whole misfit culture was starting to become part of mainstream. So I caught the zeitgeist.”

Additionally, Raven also revealed his regret about leaving WCW owing to his differences with Eric Bischoff-

“I really wish I would’ve stayed. That’s one of my regrets. I didn’t stay because the idea he told me did nothing for me. I was gonna lose stock as a character, so I didn’t but I wish I would’ve [stayed] because the way things worked out with [Vince] Russo coming in six months later and Russo being a huge fan of mine, I probably would’ve been in the world title mix. I know I would’ve got way, way more money on my contract on my next deal because it was a year from being up, so I would’ve probably doubled what I was already making. So it really was a stupid idea of me to go, but I wasn’t having fun. It’s still a huge regret.”

Raven is one of the greatest professional wrestling characters to have ever graced the ECW, WCW, TNA and WWE rings. My hat is off to the man living life on his own terms.