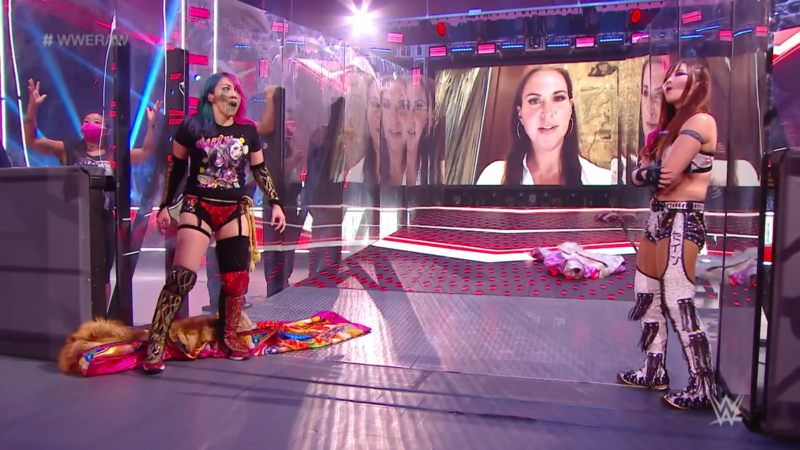 The RAW Women’s Title match at Extreme Rules ended in controversy, which saw Sasha Banks walk out with the title despite not officially winning the match. It seems the situation will be rectified next week.

On this week’s episode of Monday Night RAW, Sasha Banks and Bayley came down to the ring. They were jubilant over their actions at Extreme Rules. Then Kairi Sane and Asuka came out, demanding they give back Asuka’s Title.

All of a sudden, Stephanie McMahon appeared on the screen and said that their Extreme Rules match was certainly a horror show. Then she booked a title match for next week’s show.

So, Asuka will be squaring off against Sasha Banks for the RAW Women’s Title on the upcoming episode of RAW. The title will be awarded to the winner regardless of how the match ends. So the title can change on DQ and countout on top of pinfalls and submissions.

What a HUGE announcement from @StephMcMahon!

It's @WWEAsuka vs. @SashaBanksWWE next Monday to determine once and for all who is THE #WWERaw Women's Champion! pic.twitter.com/DuCUOltRj7