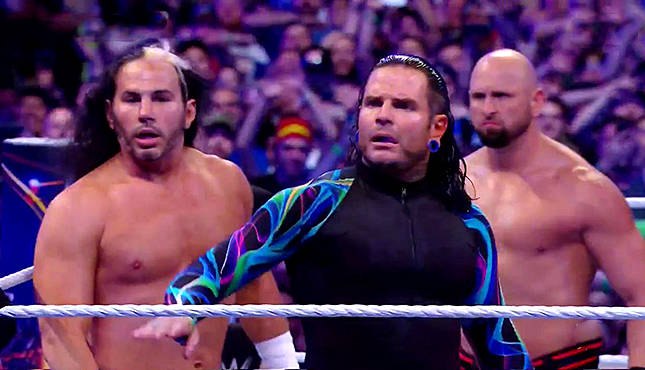 The Hardy Boys were notably missing from this week’s episode of Monday Night Raw from Toronto. Many fans believed that the reason behind it was the injury of Scott Dawson of the Revival, with whom the duo is having a feud currently.

However, the team also missed the Live Events in Canada which they were scheduled for and according to Wrestling Observer Newsletter; the reason why they were pulled from these shows was Jeff Hardy.

The newsletter reports that Jeff has been convicted on felony drug charges in the past due to which, crossing borders has been an issue for the high flying star.

While WWE was apparently trying to clear things up before the Raw episode, time ran out and they had to pull the former Raw Team Champions from their tour of Canada including the Raw episode and all Live Events.

It’s worth mentioning here that Jeff was arrested back in September 2009 and charged with trafficking controlled prescription pills and possession of anabolic steroids.

After Dawson’s injury, it was reported that the original plans for the Hardy Boys have been changed and now they are expected to face Gallows and Anderson at Summerslam.