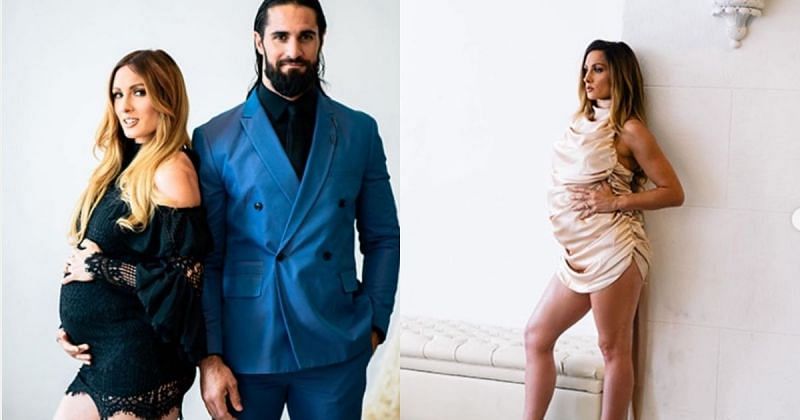 Becky Lynch relinquished her RAW Women’s Title back in May of this year as she was pregnant. Since then she has been on maternity leave and it seems she will be giving birth next month. She and her husband Seth Rollins recently took part in a photo shoot that showed off her baby bump.

Rollins is expected to take a leave anywhere between four to six weeks after he is done with Survivor Series so that he can be with his wife and the birth of his child.

Becky Lynch took to social media and posted a series of photos with the caption: “Coming soon…”

Lynch took four photos as the two desired to record their first pregnancy. She also had a couple of solo photos.

We will have to see when she will be able to return to WWE after giving birth.