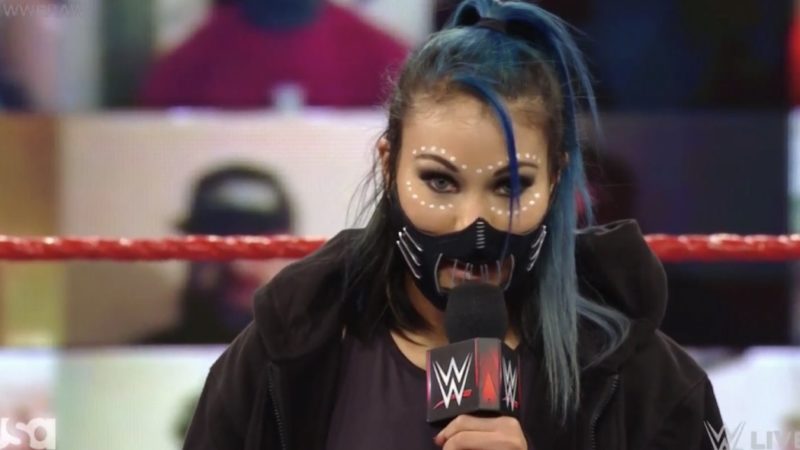 In the middle of the match, RETRIBUTION’s Reckoning, portrayed by former NXT star Mia Yim, got inside the ring and began rolling erratically on the mat. She continued to throw her arms around herself, as if trying to get rid of something from her body, all the while screaming ‘get it off’.

The referee and the Superstars looked on, all confused by the seizure-like experience Reckoning was going through. Another RETRIBUTION member Slapjack took advantage of the confusion and eliminated a distracted MVP from the ring.

Reckoning later took to Twitter to explain what exactly happened to her inside the ring during the match.

A fan pointed out that mimicking an epileptic seizure is an ableist act and quite disrespectful to those who have it. Reckoning clarified that it was not a seizure or an epileptic fit or any other medical condition, but a “possession”.

She added that she would never fake a medical condition for an act.

Not a seizure. Not an epileptic. A “Possession”. To clarify, I would never fake a medical condition like those. https://t.co/3kYynB9yI6

However, what exactly “possessed” Reckoning is still a mystery.

RETRIBUTION lost the match against The Hurt Business despite the distraction caused by Reckoning. The unruly faction, which claims they will destroy WWE and almost everyone within the company, is yet to win a single match ever since they were signed on for the main roster.

WWE has been teasing a feud between RETRIBUTION and The Fiend, now accompanied by Alexa Bliss everywhere. But that is yet to become something more than sudden and unexplained attacks from both sides.