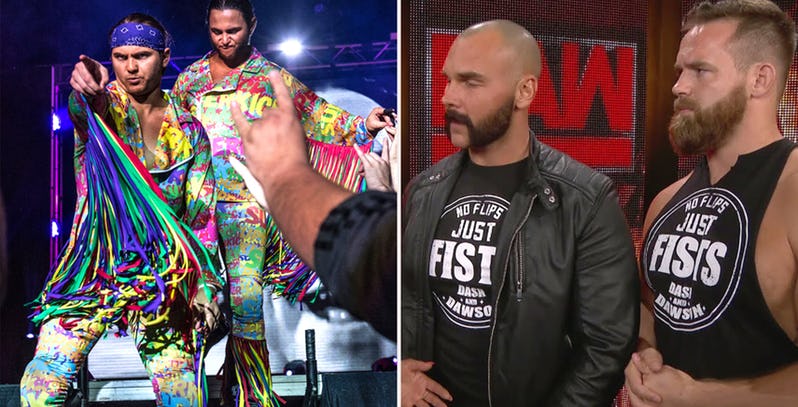 Since his release from WWE, former RAW Tag Team Champion, Karl Anderson has been teasing a move back to his old stomping grounds of New Japan Pro Wrestling, however, in a recent tweet, the former OC member called out The Young Bucks and another released WWE tag team, in the form of The Revolt.

Prior to signing with WWE, Anderson was a vital part of the Bullet Club faction along with current All Elite Wrestling superstars Matt and Nick Jackson- The Young Bucks.

That being said, however, Matt and Nick are yet to share the ring with the dynamic duo of Anderson and Gallows and simultaneously have also been teasing a match against Cash Wheeler and Dax Harwood (formerly known as The Revival).

Amid rumors of The Good Brothers returning to NJPW once again, Anderson has taken to Twitter and decided to call out The Bucks and The Revolt for a dream Triple Threat Tag Team Match.

A potential three-way tag team match between the aforementioned teams would certainly receive attention from a lot of fans around the world, regardless of the promotion it takes place.