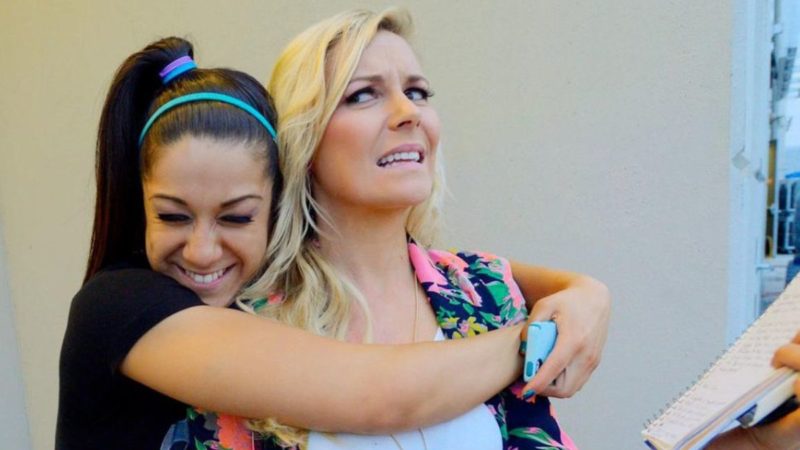 Jon Moxley revealed during the latest episode of AEW Dynamite that he and his wife Renee Paquette were expecting their first child.


The AEW World Champion casually mentioned that he had a pregnant wife at home while cutting a promo backstage during the show. Not leaving fans wondering for too long if they heard him right, AEW President Tony Khan quickly posted a tweet congratulating the couple.

WWE Superstar Bayley replied to Renee’s tweet about the pregnancy, and said –

“What’s cuter, the way the world found out tonight or the way I found out?”

What’s cuter, the way the world found out tonight or the way I found out??

Renee Paquette went on to explain what Bayley meant. As it turned out, she was trying to send a text to her husband, Jon Moxley, and give him an update on the pregnancy. But instead, she sent the text to Bayley by mistake. The former SmackDown Champion knew it all along, supposedly months before the rest of the WWE Universe found out last night.

100% the way you found out. *i thought i was texting Jon a pregnancy update. I was in fact, texting @itsBayleyWWE 😂😂* https://t.co/f8AJ4scPhV

Renee Paquette and Bayley seem to share a good camaraderie. After the former officially announced her exit from WWE at SummerSlam this year, a number of Superstars sent farewell messages to Renee. Bayley was one of them.

She jokingly called out Renee Paquette for a contest on RAW Underground, which has since gone off the television. Renee replied that she would come back to WWE only for this ‘exclusive arrangement‘ and “slap the bob right off her cute little head”.

Congratulations to both the couples!