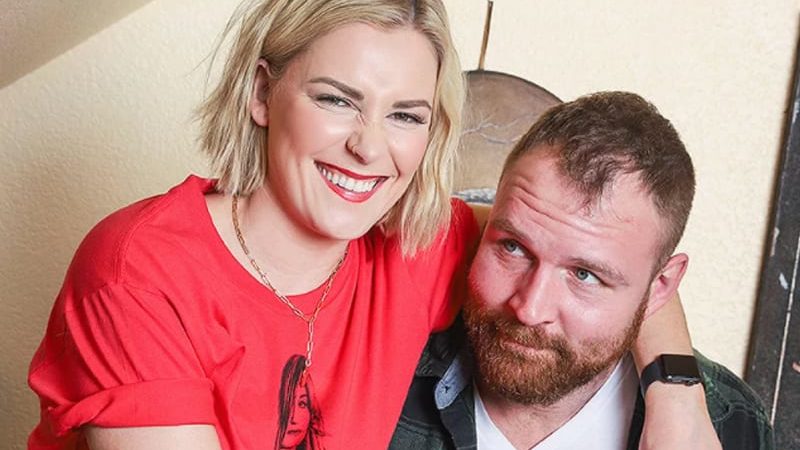 Max Caster said that he was going to have an ‘oral session’ with Renee Young during his entrance on AEW Dynamite this week. The comment was during a rap prior to The Acclaimed vs. Jon Moxley and Eddie Kingston. Moxley was infuriated, even after Caster tried to backtrack from the sexual innuendo, saying he just wanted to be on her ‘Oral Sessions’ podcast. Moxley and Kingston won the match. A Former WCW Cruiserweight Champion Debuted On AEW With Chris Jericho.

Renee tweeted in response, “Let’s get you a blue check and some W’s and we’ll look at booking you in the fall. Thanks for the plug @PlatinumMax Face throwing a kissFace throwing a kiss (hear brand new episodes every Tuesday and Thursday! @TheVolumeSports ).”

Renee recently told Wrestling Inc that she wants to see CM Punk return to the ring in WWE or AEW.

“I think it’s just like anything else with WWE, you just never say never,” Paquette said in response to a question about whether or not WWE and Punk could ever make amends. “We’ve seen people come back who none of us ever thought would return. I think Punk is somebody who falls under that category. End of the day, the guy is a wrestler. That’s who he is. I feel like in some capacity, I hope we get to see Punk wrestle someone someday.”

“At this point, I don’t think anyone cares where it is. Everyone just wants to see him get back out there. Tick tock, brother. Let’s go,” Renee said. “There’s always going to be rumblings. The fact is people just want to see him back wrestling, and whatever way that happens, if it ever does, I think people would freak. I’ll freak.”

Fair to say @JonMoxley was NOT a fan of @PlatinumMax's entrance rap.

Tune into #AEWDynamite Now on TNT to see Mox + Kingston take on #TheAcclaimed, with a place in the tag team rankings at stake! pic.twitter.com/LAmlBIkLy4

Let’s get you a blue check and some W’s and we’ll look at booking you in the fall. Thanks for the plug @PlatinumMax 😘😘 (hear brand new episodes every Tuesday and Thursday! @TheVolumeSports ) https://t.co/f1PzKeRvem pic.twitter.com/BLOpep6Isx