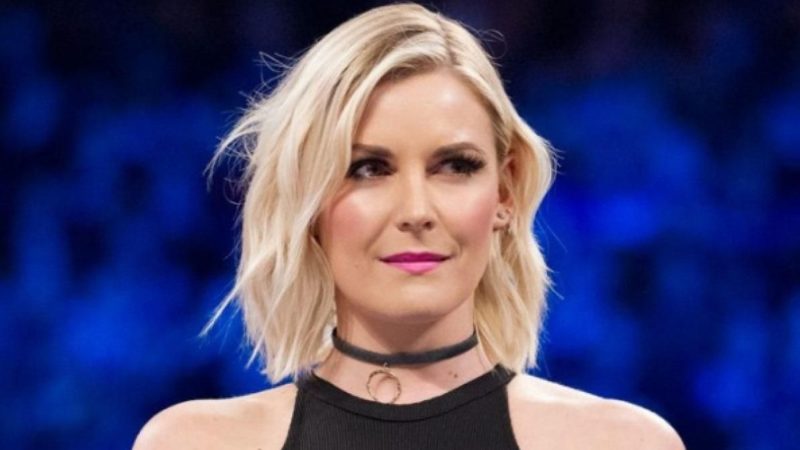 Renee Young posted a dressing room photo at AEW and NJPW’s Forbidden Door, as seen below.

The former WWE SmackDown Women’s Champion Bayley might be returning soon. She had suffered a knee injury in July 2021 while training at the Performance Center. She was scheduled to take on Bianca Belair in a SmackDown Women’s title match at Money In The Bank 2021. It was announced added that she would be out of action for about nine months due to her injury. ‘The Role Model’ has now dropped some hints about her return.

WWE has now announced six participants for the Women’s Money In The Bank Ladder match. With one slot remaining, fans have wondered whether Bayley will be the final participant or not. Bayley recently took to her Instagram and uploaded a photo of herself embracing the Money In The Bank briefcase, hinting at returning during the event.

Previously, in one of her Instagram stories, Bayley shared a WWE Network video of a spot from her Hell in a Cell match against Bianca Belair. The 20-minute hard-fought battle ended with Belair retaining her SmackDown Women’s title via pinfall.

During the closing moments of the match, The EST of WWE and former WWE Smackdown Women’s Champion Bianca Belair executed a KOD on The Role Model on a ladder, and this was enough for the pin. Bayley’s Instagram story suggests that this was the moment her knee was injured.

During a recent appearance on “My Mom’s Basement” with Robbie Fox, ‘The EST of WWE’ Bianca Belair had discuss Bayley and credit her for her successful WWE run. Credit to WrestlingNews.co for the following:

“I feel like I owe so much to Bayley for all the help that she gave me. She doesn’t even know, but I used to watch how she handled things. She doesn’t even know that she was guiding me, but she was because I was just watching her and learning from her. So I had help along the way, but it was really just traveling and just being able to pick up on things very quickly because things change a lot at the last minute, so you have to be able to adapt to it.”

We’ll have to see whether Bayley returns during the Money In The Bank.