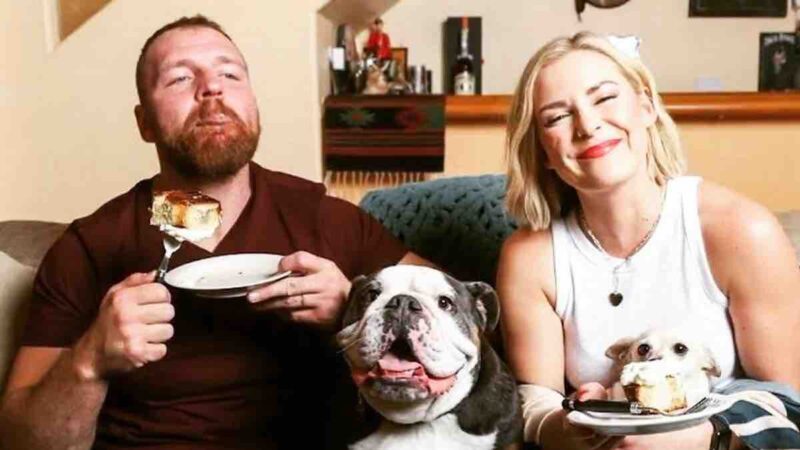 The former AEW World Champion Jon Moxley has had some issues with alcohol, so much so that it became a huge problem for him. It heavily impacted his career and personal life. He seeked help and entered himself into an inpatient rehab program for alcohol in the last November.

He recently came back stronger than ever after overcoming his demons. He is currently a part of the Blackpool Combat Club with Bryan Danielson and Wheeler Yuta. The stable is led by his mentor, none other than the pro wrestling legend, William Regal.

Jon Moxley opens up on his experience of rehab

Mox recently spoke to his wife, Renee Paquette, on The Sessions about his experience. Renee said she wanted to clarify that Moxley did not have a drug problem, and that wasn’t part of his decision to go to rehab. The former AEW World Champion revealed that he was suffering symptoms that line up with those of alcohol withdrawal, despite having no real desire to drink. It was the physical symptoms that made Jon decide to seek help.

“Night sweats, crazy night sweats, crazy nightmares, my chemicals were all imbalanced, whacky mood swing. When I say it hasn’t been easy, the not drinking part is easy, it’s not like I have some desire to drink or no desire to drink, I can’t even imagine drinking right now. The not drinking is easy. I wanted to stop drinking for a long time, I was trying to quit drinking for a long time, just dealing with all the after-effects of what happens physically when your body goes through this crazy metamorphosis trying to recalibrate itself has not been easy, and I’m on national television while going through these problems, so it’s in front of everybody.

A lot of people in my position would have stayed in rehab a lot longer, stayed in hiding a lot longer, I was done three months later, the one therapist I had straight up told me to retire. ‘Start a wrestling school, train some kids, you know what the problem is, you gotta get out of there.’ ‘I don’t think it’s that.’ I went in on Halloween night and was back on TV in January. It makes me a little self-conscious, everyone staring at me. Also, I kind of don’t give a fuck. The other big part of going to rehab was the relief of it. Now there is nothing to hide. I didn’t know how people’s reactions were going to be. When you first go into rehab, they take your phone. After however long of good behavior, they’ll eventually give it back to you. One day, they called me to the front and said, ‘You can have your phone back.’ I was feeling really good about everything, so happy not having a phone. I made a weird face and she’s like, ‘You don’t have to take it, we can keep it here and locked up.’ ‘You just keep it,’ and I went back the rest of the time.

Even when I left and went home — when I went into rehab, I lived in Vegas, when I got out, I didn’t live in Vegas anymore. I went straight to the airport. Even when I got out, I didn’t turn on my phone, and I didn’t turn it on the whole time. I realized how great it feels. The air is sweeter, sounds and sights are better. You don’t have a TV. It’s just a room with a bed, a chair, a bathroom. No radio, computer, phone, nothing. A little library to read books and that’s about it. Your sleep is all messed up, it’s really hard to come by there. You’re up at 7 to start all your activities, and they come bursting into your room every hour to make sure you’re not dead. It’s a lot of sitting there, staring at the ceiling and wall, but it was great. Being disconnected eventually felt so great, very quickly. I didn’t want to go back (to being connected). I highly recommend it. People couldn’t fathom not being tied to their phone. You can do it.”