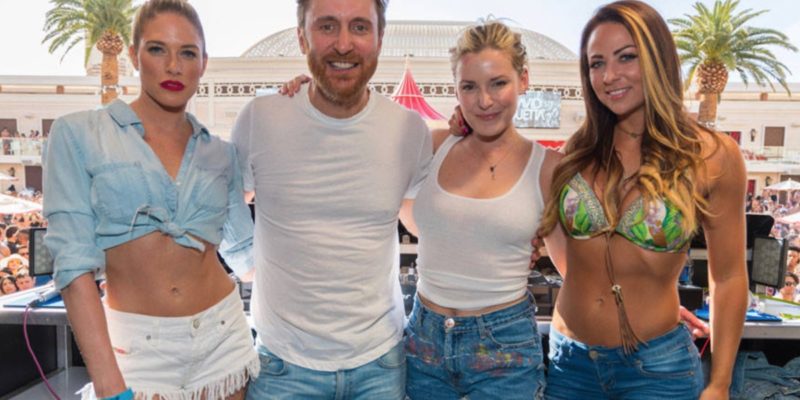 Renee Young, Emma and former WWE star Kelly Kelly (Barbie Blank) were recently spotted at the Encore Beach Club in Wynn, Las Vegas over the weekend hanging out with none other than international music sensation David Guetta.

Kelly Kelly recently returned to the WWE, albeit in a limited capacity, and has been serving as a brand ambassador for the promotion since February of this year. The trio of WWE beauties was photographed with none other than David Guetta himself (*Photo Courtesy- Tony Tran)

Kelly Kelly aka Barbie Blank retired as an in-ring performer back in 2012 owing to injury issues, and had reportedly stated that she’ll be stepping away from the sport in order to heal her neck injury. Nevertheless, the 30-year old blonde bombshell seems to be back in the mix, given her multiple appearances for WWE as of late, and there may be a slight chance of seeing the former Divas champion compete again inside the WWE ring.

Meanwhile, Renee Young and Emma are on tour with the rest of the WWE’s active performing roster, as the promotion would be touring the European continent through the middle of this month.