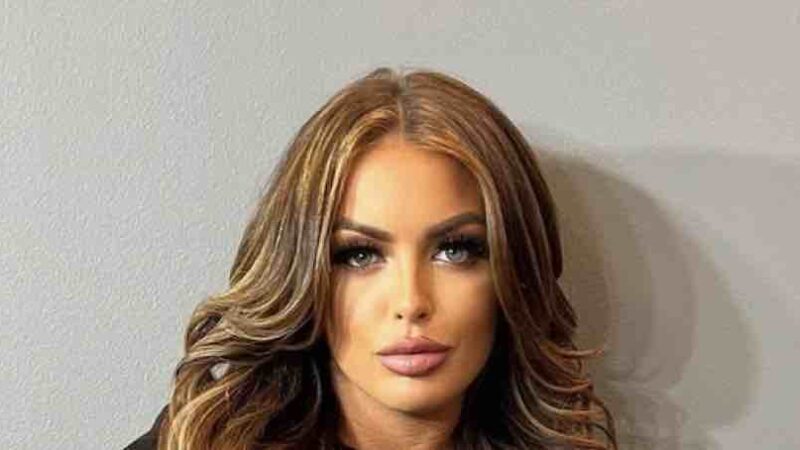 Renee Young and Mandy Rose showed their abs in new photos. Renee wrote, “Struggling to get things super smooth since having the baby. But such is life right? Diet, exercise, not stressing TF out about it.

This bod made a really great baby. Sometimes I’m struggling to find the motivation to like really crush crush crush it in the gym, but nothing like a great new outfit to kick my ass into high gear! You nailed this @aydafieldwilliams @shopayda ! I live and die in my sweats and these are *exceptional*! 😘😘”

The former WWE SmackDown Women’s Champion Carmella is seemingly discontent with her current booking by WWE. She hasn’t wrestled a match since WrestleMania 38 where she and Queen Zelina Vega dropped their Women’s Tag Team Titles in a Fatal Four-Way Match.

She took to social media to seemingly take a shot at the company in a reply to a fans’ tweet.  Carmella has been with Vince McMahon’s company since 2013. She’s enjoyed a reign as SmackDown Women’s Champion, won the first ever Women’s Money In The Bank ladder match, and has featured in two WWE reality shows during her time with the company.

However, WWE recently took to social media to announce that some of the most popular stars would be featured at events for Fiterman Sports, a WWE affiliated autograph company. WWE tagged a number of stars in the announcement tweet, but left out Mella, who is also booked to attend.

This prompted an angry response from the Princess of Staten Island, who stated that she would be there too. A fan then responded to the tweet, stating that WWE often leaves Carmella out and that they should give her a mic and let her vent. The former champ then quote-tweeted the post with a number of finger-pointing emojis and the singular word “This.”

With Zelina Vega recently undergoing surgery for a wrestling-related injury, Carmella is likely being kept off WWE TV until her former tag team partner’s comeback. Vega and Carmella split up their team shortly after April’s WrestleMania 38. Vega is out of action for another 6-8 weeks, which would mean she’d be available to return in time for the July 30 SummerSlam premium live event. We will have to see what is next for Carmella.