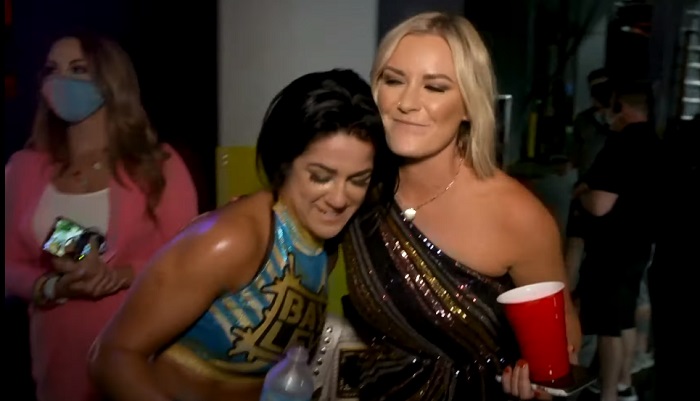 Go backstage with Renee Young for her WWE farewell

Renee Young has left the building, ladies and gentlemen.

After a great run that lasted over eight years as one of the key voices of World Wrestling Entertainment programming of all kinds and on all platforms, the Canadian born broadcast team veteran said her goodbyes to everyone behind-the-scenes following her final assignment.

On Saturday afternoon, WWE released a special video on their official YouTube channel dubbed, “Renee Young says farewell to the WWE Universe,” which as the title says, features footage of Young walking around and saying goodbye to everyone backstage at the Amway Center in Orlando, Florida after the WWE SummerSlam 2020 pay-per-view this past weekend.

The official description for the video reads: “After eight incredible years with WWE, Renee Young bids farewell to her WWE family at SummerSlam.”

Check out the four-plus-minute video of Renee Young bidding farewell to the WWE Universe via the YouTube video embedded below.