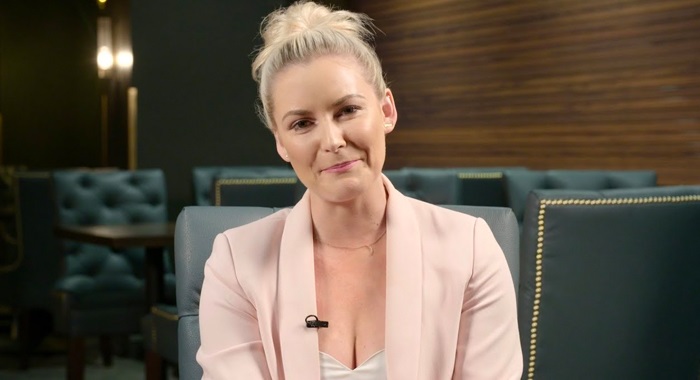 Renee Young left WWE earlier this year after almost 8 years with the company. Since then she has been on a break from work and enjoying time in her home with husband Jon Moxley.

The former WWE star recently appeared on The Bella Twins’ podcast where she talked about a number of things and opened up about her decision to leave the promotion and the adjustments she has had to make afterwards.

Young first mentioned how she wasn’t thrilled with the travel routine she had to follow while in WWE and the female star then revealed what she misses about her time in the company:

“Traveling back and forth, I wasn’t into. There really wasn’t much left for me to go. So it was time to go. I got pregnant the month after I left. We’ve been trying for a while. It is a weird adjustment at first because you are so used to being on the go. But, I did ease out of it because of Covid that I wasn’t on the road all the time. I was doing Backstage and flying to L.A. more than I was flying out to SmackDown. I was able to ease into it that way. The weirdest part is being out of the loop with your friends. You miss seeing everybody. You miss the bulls**t in the back. That’s what I miss. I don’t necessarily miss the jobs I was doing, but I miss the people a lot. It’s so sad. I hope we are going to stay in touch but I know when you’re not there, it is hard to maintain that.”

She continued by revealing that there are people from the company she has stayed in touch with but according to Renee Young, it’s not the same as being backstage with everyone:

“There are people that I’m still talking to and staying in touch with, but it’s just not the same as killing time backstage and catching up with each other in catering. Then figuring out, now what do I want to do. I left without having anything lined up or really knowing what I wanted to do. My gut told me it’s time now for you to go. Everyone was cool about it. There’s no ill will or bad feelings. I just want to go do other things. I need to spread my wings a little bit and step away from this and get out of that safety net. It’s great to be there and it’s great to have those opportunities and steady income that you know is good, but I feel like when you are not challenging yourself anymore, it’s time to step out on a limb again.”