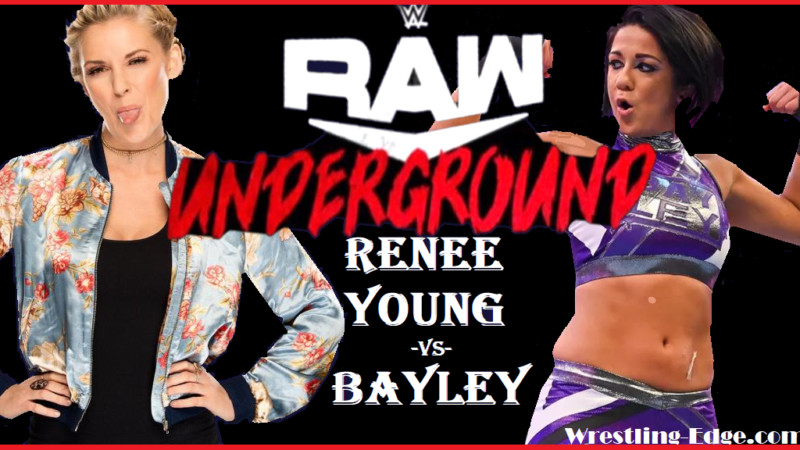 With the introduction of RAW Underground on this week’s WWE Monday Night RAW, dream matches are popping up all over social media. The new platform was introduced by Shane McMahon as a shoot-style fight league on the Red Brand. RAW Underground has WWE wrestlers and personalities lining up to fight. During the SummerSlam ’92 Watch Party, host C.M. Punk suggested that former WWE Backstage host Renee Young take on Bayley on RAW Underground.

"@ReneeYoungWWE, I think you should fight @itsBayleyWWE on #RAWUnderground." – @CMPunk

Young’s response during the SummerSlam ’92 Watch Party was not surprising as she stated, “I would fight Bayley. I would for sure fight Bayley!” Young continued, “She taunts me all the time, she’s always calling me out. She’s calling me out in different interviews saying she wants to fight me. So I’m game.”

This isn’t the first time Young has expressed interest in a WWE match-up with WWE Superstar, Bayley. The two have gone back and forth on social media with an ongoing “feud”. Back in May, Young tweeted:

I train very hard, at least 6.5 days a week in preparation for the day we finally battle. I AM READY!! https://t.co/9Vj7SeGRHQ

Young concluded her thoughts on the potential RAW Underground match-up by stating, “My cardio is at peak levels. … I got nothing better to do, I mean… I’m down.”