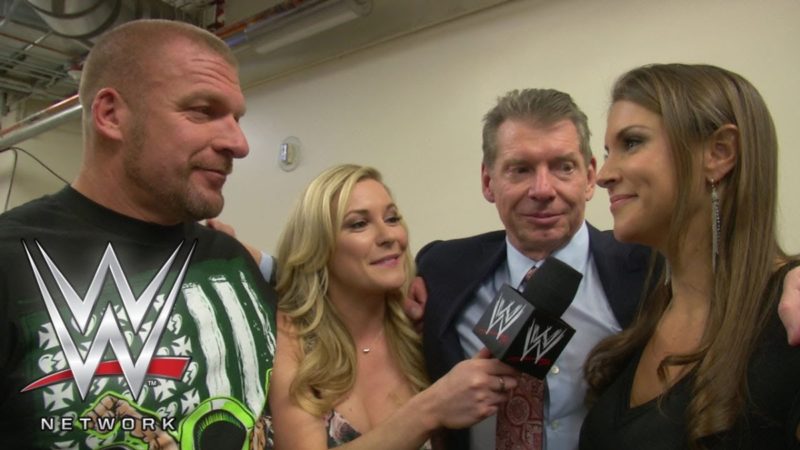 Renee Young recently parted ways with WWE after eight glorious years at the company. Her last appearance on WWE television was on SummerSlam two weeks ago.

Ever since her exit, Young has showed up in several interviews and podcasts to talk about her time in WWE and what plans she has next. While speaking to Richard Deitsch of Sports Media Podcast, Young shared what was one of the biggest issues she faced while working with WWE.

During the interview, Renee Young shared her experience of working backstage with the WWE Chairman first hand. She revealed that hearing Vince McMahon clearly in her headset during production was a huge issue for her throughout. There were times when she felt over-directed. But most of the times there was a huge lack of communication.

“The biggest problem I had was not being able to hear Vince in my headset. I was constantly like, ‘Wait, what?’ or asking him to repeat himself in the little spy cam at the desk. Obviously, when you’re out there, you know people are going to be throwing a bunch of s–t at you, but it’s really difficult if you can’t hear them or understand what they’re saying. There’s a lack of communication to it. Even when I’d ask for direction on how to be produced, I wouldn’t really get it. It goes both ways. As many times as I felt over-produced, there was an equal amount of time I really felt like I was hung out to dry.” H/T Sportskeeda

There are speculations about whether Young would join her husband Jon Moxley on AEW now. Young has revealed that it is a possibility, since she has almost a decade’s worth of wrestling knowledge which she does not want to waste. But either way she has to wait for her WWE non-compete clause to run its course before appearing on any wrestling promotion.