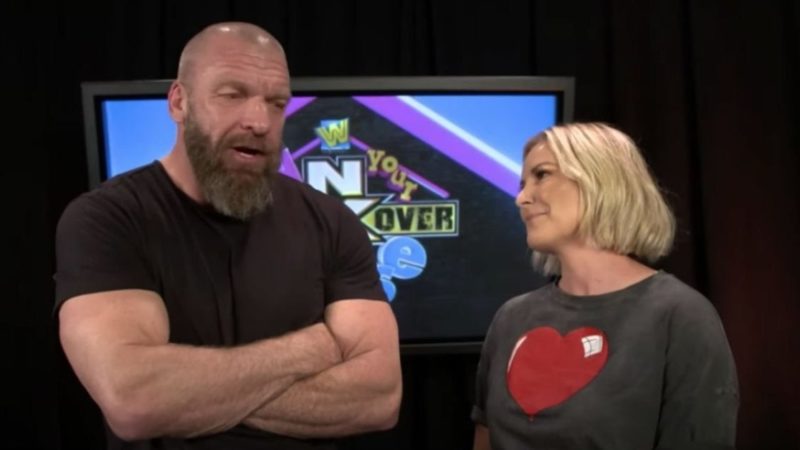 Renee Young is not working with WWE anymore. She parted her ways with the company after WWE SummerSlam last month. Young has been talking about her experience with WWE on several interviews ever since.

In a recent appearance on The Sports Media Podcast with Richard Deitsch, Young talked about how the WWE top brass reacted to the news of her leaving, among other things.

Renee Young on her last day at WWE

Young shared how she had no face-to-face conversation with any of the WWE top officials right up to her last day in the company. But her words were taken to the right people – Vince McMahon, Triple H, and Kevin Dunn – by Michael Cole.

Young was not under a talent contract with WWE. So she only had to give a notice of two weeks.

“I was talking to [Michael] Cole about everything, keeping him in the loop on how I was feeling, and he was taking those conversations and talking to Hunter, Vince, and Kevin Dunn, and letting them know. I wasn’t under a talent contract at that point, I was an employee, so I only had to give two weeks notice. It was really a different situation. It was odd being like, ‘here is my two weeks notice for this job I’ve been doing forever.'” H/T Fightful

But she did text with Triple H and Stephanie McMahon, and said goodbye to Vince McMahon and Kevin Dunn on her last day.

“I didn’t talk to – I texted with Hunter and Steph, and I went and said bye to Vince and Kevin Dunn on my last day; other than that, I had no conversations with them up until my last day.”

On the reason behind her decision to quit

Young revealed the main reason why she decided to exit WWE. She shared that there was nothing substantial for her to do in the company at the moment. Despite there being no conversation, WWE understood and respected her decision to leave.

“Everyone knew where we were at, and they understood. With my skill set, they just don’t really have a thing for me to do right now. They respected where I was coming from.”

She is yet to open up about her future plans. But there are speculations among the fans that she might join her husband Jon Moxley at AEW. She talked about whether or not she was going to do it in the same interview.