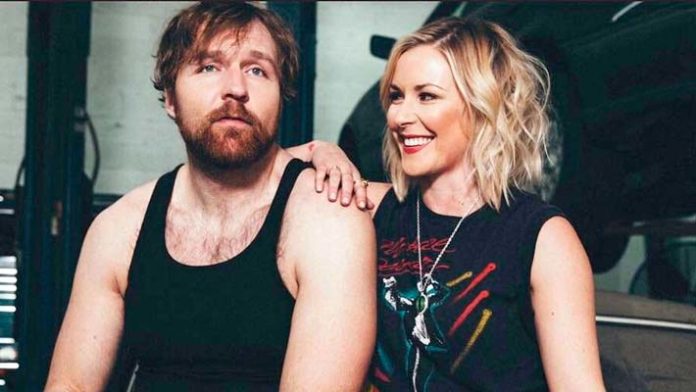 Jon Moxley left WWE last year and since then, has been working for AEW. However, his wife Renee Young still works in WWE. Some fans think anyone involved with WWE will hate anyone who works in AEW.

On After The Bell, Renee Young talked about instances where fans went wild when she tweeted about Moxley’s AEW matches. She then explained how she feels like she cannot even comment on one of her husband’s matches in All Elite Wrestling. If she does, many fans will flood her with tweets, speculating she is going to leave WWE.

She also said that owing to her new schedule, she does not have to be on the road as much anymore. She can get housework done and also spend more time with her husband, who is a top AEW star.

Of course, Renee Young will be staying with WWE no matter what. She is very happy working with the company and that is unlikely to change.