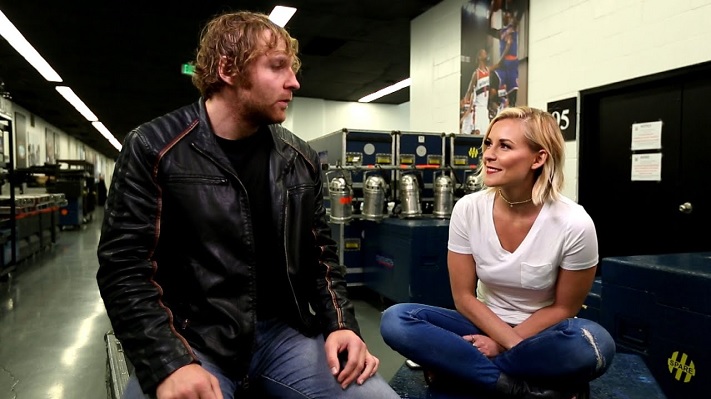 Jon Moxley causally made a big announcement during his promo on this week’s episode of Dynamite revealing that his wife Renee Young is pregnant with their first child.

After the announcement, Young who had been keeping the news secret before this is finally able to talk about it and she opened up on her pregnancy during her recent interview with People.com.

The former WWE star first talked about this upcoming new chapter of her life saying that both her and husband Jon Moxley are beyond excited:

“We are so beyond excited to start this new chapter, and now finally having the world know feels like a weight has been lifted off my chest. I am the worst at keeping fun secrets! However I definitely couldn’t have predicted that the world would have found out on AEW Dynamite.”

During the interview, Renee Young also discussed the way Jon Moxley announced the pregnancy saying that she was still thinking about ways to break the news when it happened:

“I was thinking about all of these cute different ways that we could break the news to everyone and then bam, Jon just haphazardly spills the beans on Dynamite! But we’re a kinda no-frills couple, so I guess it actually fit perfectly.”