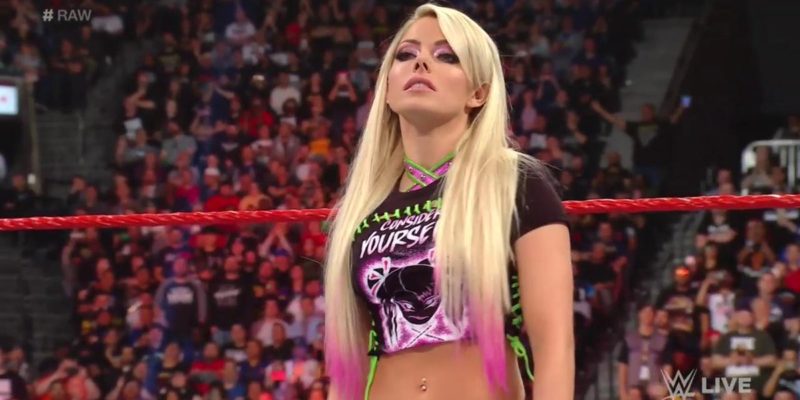 Alexa Bliss has not been seen on WWE television for quite a while. She was also not present during Nikki Cross’ Smackdown Women’s Title match. It seems that she has been injured.

Bliss was also removed from Ringside Fest this weekend, citing personal issues which were beyond her control. Becky Lynch took her place.

According to a report by PW Insider, multiple sources confirmed that Alexa Bliss is on the shelf owing to a shoulder injury. It is unknown whether she needs surgery and no timetable for her return has been provided. She was also not flown in for the recent WWE tapings.

We will provide updates regarding her return status as we get to know more.