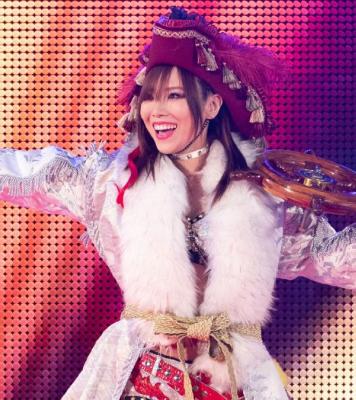 Following her last injury, Kairi Sane’s status in WWE is said to be “complicated” according to Sean Ross Sapp of Fightful Select. As a reminder, Sane suffered a nasty head injury after a botched ‘buckle bomb’ from Nia Jax in their match on May 26. Prior to that, she had also missed a month of action after suffering a concussion at TLC 2019, although there was no indication that her wrestling career was in doubt.

WWE has reportedly gone “radio silent” on Sane’s status, though there are many who want her to continue wrestling. This was the case in May, with the general consensus positive, though there’s no word on whether or not the situation has changed over the past month.

There had been previous talk about WWE planning for Sane to head back to her native Japan and work as a brand ambassador there to increase the company’s global reach, but it hasn’t been confirmed whether this would impact her in-ring career.

Time will tell what is next for Kairi Sane, but the move to Japan is clearly not an option right now due to the global pandemic.