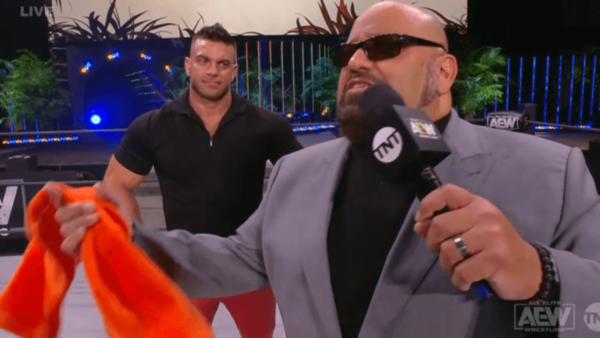 At AEW’s Fyter Fest, Taz took the microphone and set everything on fire. While taking shots at AEW Champion Jon Moxley, Taz attacked WWE’s handling of their COVID-19 problem.

Taz said that Mox would get tested if he decides to show up at Fyter Fest because unlike WWE, AEW doesn’t run a “sloppy shop”.

According to Dave Meltzer on Wrestling Observer Radio, many within WWE were seething at Taz’s comments. This was a direct jab at WWE and people within the company obviously understood it.

AEW has been testing its talent on the regular ever since the pandemic began. However, WWE was only taking their Superstars’ temperatures until one of them tested positive and infected several others.

Either way, it is understandable as to why the line wouldn’t sit well with those in WWE.