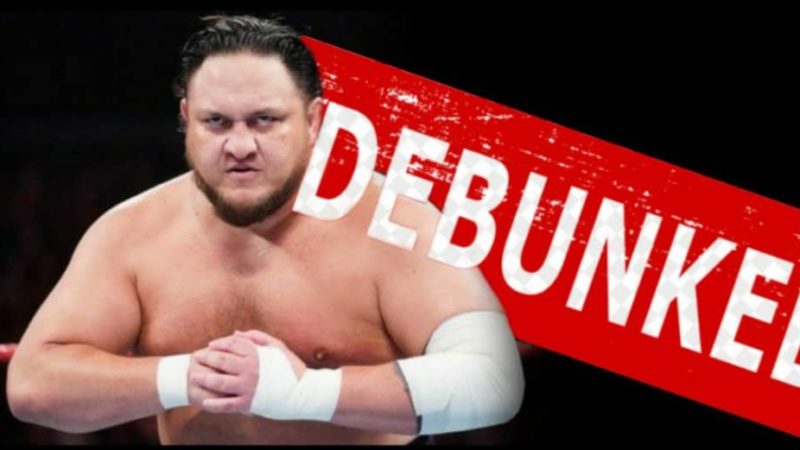 We reported earlier in the week that Samoa Joe might be the next Superstar to be suspended for violating WWE’s Wellness Policy. Joe missed RAW last week after having suffered a concussion.

Later on in the week, upon several inquiries, WWE was said to have been strongly denying these reports. There was still a lot of confusion but it has all been cleared now.

As reported earlier, Samoa Joe is all set to take part in an eight-man tag team match on RAW this week. This proves that Joe is not under suspension.

The source that first reported this story – WrestleVotes, has now taken to their Twitter to apologize for the mistake.

Apologies for that suspension story last week. Got the info from a very reliable source, although they seem to have got this one wrong. It happens. That time of year where news get screwy. No excuse though. We strive to provide valid, informative news. This was below that.