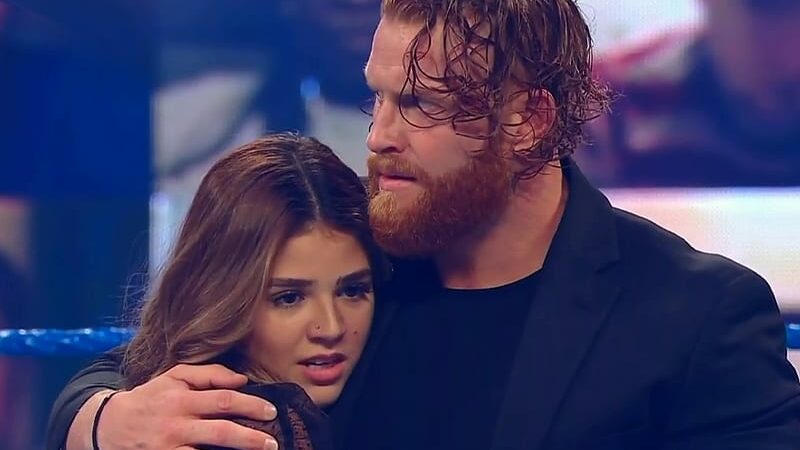 Rey Mysterio has been in some crazy storylines. If you can remember back, Rey and Dominick were first involved in a storyline together when Eddie Guerrero was still here as he was in a ‘custody/biological father’ feud with Mysterio. Now, we have word that another crazy idea was pitched into the direction of Mysterio. The Rock Calls Out Surprising WWE Firing.

Aleister Black was recently released from WWE and took to his Twitch channel to speak with his fans about his career in length. During this part of the stream, Black touched on a very outlandish storyline that would’ve seen him taking Rey Mysterio’s children hostage. You can probably see why this didn’t work…

Black went through a transformation while in WWE. During that transformation, Vince and company really enjoyed what he was doing with his character. Black’s newest form was meant to see him as a loner character which was originally fitted with a mask. Black would help out the Mysterio duo and Kevin Owens during a run only to realize he was always giving to others but no one gave back to him.

Black noted that the character was heel due to (in his mind) the world being cruel and so he became cruel with it. After feuding with Kevin Owens, he was supposed to feud with the Mysterios. Black was told that holding Rey’s kids hostage was the plan, and after that, he would go after Buddy again. After Buddy, he wanted Seth Rollins because he made the disciple.