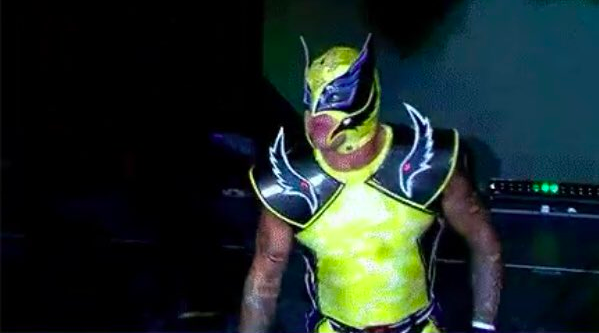 The Master of the 619 is one of the most unpredictable entities in professional wrestling. Mysterio has built a reputation for making gear inspired from various popular cultural icons and at ALL IN, he continued this tradition. Mysterio came out at the event wearing a Wolverine-themed outfit and everyone freaked out.

Rey donned the classic Wolverine yellow and black outfit which also had his own Lucha touch. Mysterio teamed up with Rey Fenix and Bandido to take on the Golden Elite in a phenomenal match. Even though Mysterio’s team came up short, the all-star Lucha team put up a good fight against the Young Bucks and Kota Ibushi.