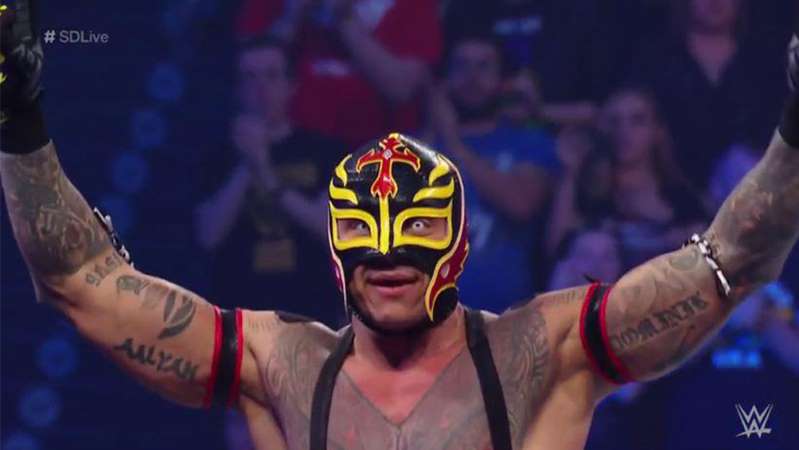 Rey Mysterio had to relinquish the WWE United States Championship to Samoa Joe owing to a shoulder injury. He made it clear that he was coming back for the title before relinquishing it.

According to PW Insider, there were discussions at WWE Stomping Grounds that Mysterio is expected to make his return in early July. The targeted date is July 7th, which will be on the Newark, New Jersey episode of RAW.

If he does make his return by then, he might be feuding with Ricochet, who defeated Samoa Joe for the WWE United States Championship at WWE Stomping Grounds.

The two are not strangers to each other as they have faced off in the indies as well as in Lucha Underground, where Ricochet was known as Prince Puma.

We will keep you updated regarding Rey Mysterio’s return status when we get to know more.