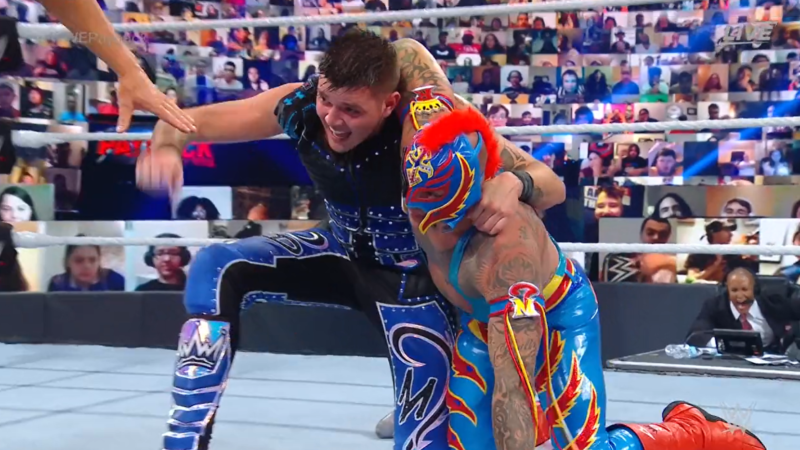 At WWE Payback, Rey Mysterio and his son Dominik defeated Seth Rollins and Murphy. It was the first victory for the new WWE Superstar, and only his second match.

Unfortunately for his father, though, it seems that Rey Mysterio suffered an injury during the tag team bout. WWE revealed earlier tonight that the future WWE Hall of Famer tore his triceps at Payback.

Originally, Mysterio was set to face Seth Rollins tonight. Instead, Dominik took his father’s place, coming up short after a missed Frog Splash and a Curb Stomp.

A victory STOMP by @WWERollins …

It’s not yet been revealed how serious Mysterio’s injury is or how long he’ll be out.