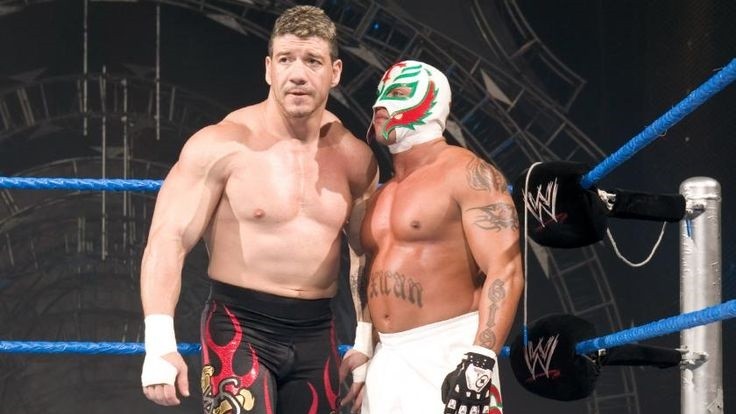 WWE Superstar and former WCW Cruiserweight Champion Rey Mysterio recently appeared on WWE’s The Bump. The master of the 619 appeared on the show to discuss a number of topics, including the Halloween Havoc PPV concept that was a huge hit in WCW. NXT recently held their Halloween Havoc special and it drew a big number in the ratings, beating AEW for the first time in a long while on Wednesday night.

One of the most important matches in Rey Mysterio’s career came at Halloween Havoc 1997, where he faced Eddie Guerrero for the WCW Cruiserweight Championship.

“It’s very special! On Monday, we celebrated 23 years [since] that match; it brought back a lot of memories. I knew Eddie very well. I had the opportunity to share the ring with him three or four times. The connection was already there without a doubt, because I had the opportunity to work Eddie in Mexico. We already knew our styles, but the meaning of that match and the tension going into the ring that night was on another level.”

“Every time they ask me what’s my favorite match, I like to use the world title match at WrestleMania 22 because that was a historical moment for me. But, without this match at Halloween Havoc, there probably wouldn’t have been a WrestleMania 22 for me,”

You can check out the full match below via YouTube.