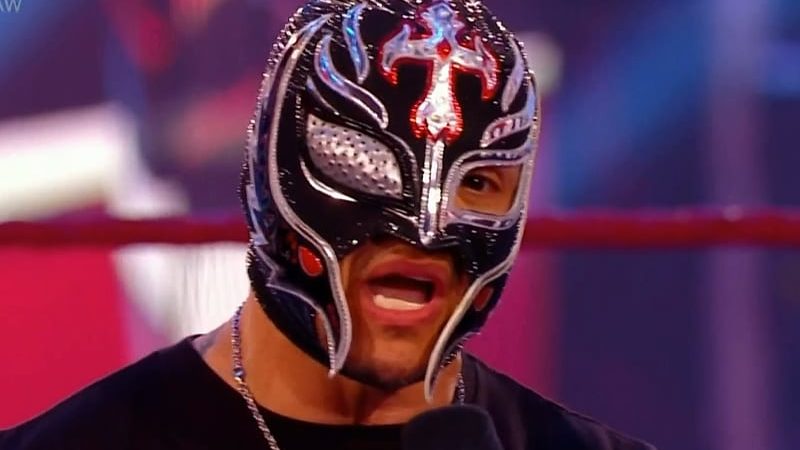 The one hald of the WWE SmackDown Tag Team Champions, Rey Mysterio is one of best masked wrestlers in the world. The mask is holy in the Mexican Lucha Libre and it is the part of their appearance.

Mysterio had lost his mask at WCW SuperBrawl IX in 1999 when he and Konnan were defeated by The Outsiders (Kevin Nash & Scott Hall). Batista Bold Message To WWE Diva Leaks

He performed without the mask for the rest of his run in WCW which ended on the final Nitro with Mysterio teaming with Billy Kidman to win the Cruiserweight Tag Team Titles from Elix Skipper and Kid Romeo.

Rey Mysterio opens up on his unmasking

During a conversation with Ryan Satin on Out of Character, Mysterio spoke about his mask. He recalled his WWE debut in 2002 and revealed how the mask returned. He lauded WWE Chairman Vince McMahon for marketing the mask properly unlike WCW. He said:

“Prior to coming to WWE, I was in OVW training, which was a week prior to my debut and the office wanted to see the gear I wanted to use. When I showed it to them, I had no mask. They were like, ‘Where is the mask?’ ‘Well, I lost the mask.’ In Lucha Libre, if you lose the mask, you never put it back on. They were like, ‘No, Vince wants you to come back with the mask.’ ‘I’m glad you told me now because it would have sucked if you told me the day of.’ I had an outfit made with the mask and that was history. The mask was a very important piece of my career in WWE. If WCW didn’t market the mask the correct way, I knew Vince would.”

“In Mexico, when I went for the first time with WWE, they didn’t want me to wrestle with the mask on because I had lost it. I had been wrestling with it since I signed with WWE, but they didn’t care. At the end of the night, they were like, ‘it’s cool.'”

Mysterio is reportedly set to challenge Roman Reigns for the WWE Universal Championship at WWE Hell in a Cell pay-per-view this month.