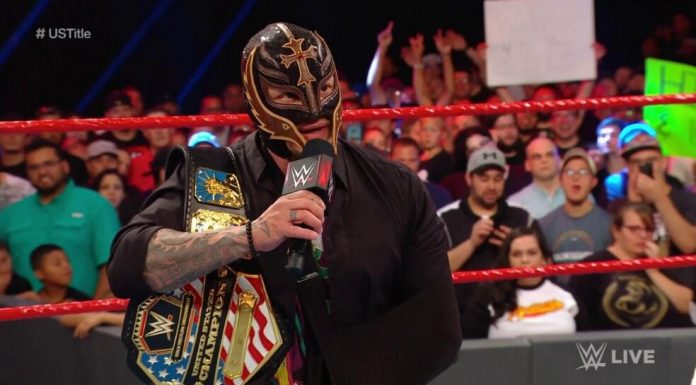 Rey Mysterio is out of action with a separated shoulder and is currently taking time off to recuperate.

He recently spoke to Wrestling Inc, where he revealed when he might be making his in-ring return. From the looks of it, he might be coming back just in time for Summerslam, as he is expected to return in late June or July.

“An unfortunate thing happened in the ring at MITB. When you’re in their full action and full adrenaline, you have know idea of the referee’s count or if he’s even aware that the opponent is grabbing the rope while he’s doing the pin. Nine out of 10 times the ref is right on spot, but this wasn’t the occasion.”

“When I saw the replay I saw that Samoa Joe’s left shoulder was off the canvas during the three-count. Due to the unfortunate aftermath after winning the title, I suffered a separated left shoulder. That has put me on the bench, so I’ve been doing some PRP and slight rotation movements. I’m trying to see if I could get back in possibly late June or July.”

This is certainly good news and we could see Rey Mysterio back very soon. Perhaps he might be involved in another feud with Samoa Joe for the US Title upon his return.