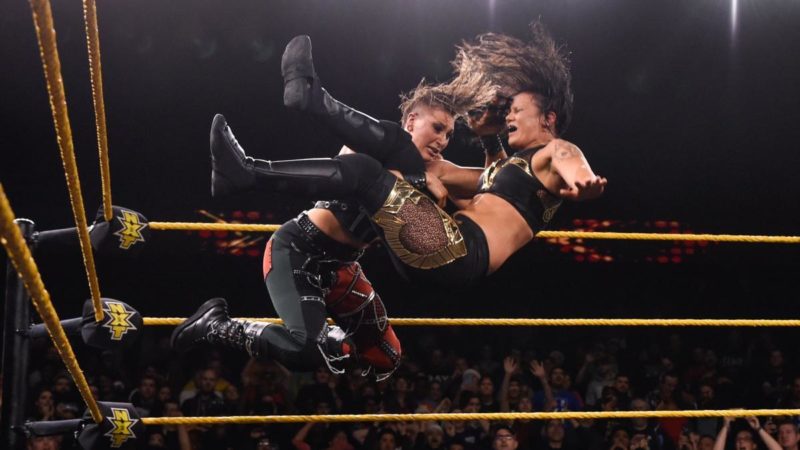 Rhea Ripley dethroned Shayna Baszler’s supreme reign with the NXT Women’s Championship with a landmark win during the previous episode of NXT. Ripley managed to secure the title after delivering an avalanche Riptide to the champion.

In an interview with Sports Illustrated, Ripley claimed that she was having a hard time with the finish off the match and Cesaro emerged as a saviour to help her with the spot. She said:

“My finisher Riptide is hard enough to do in the ring, let alone on two little ropes, and Cesaro helped me figure it out how to do it from there. We were at the PC struggling with it and he came out of nowhere to help.”

She also went on to reveal that she was nervous right before the spot with Baszler in her hands on the ropes. She added:

“I was ready for that moment,” Ripley said. “I knew I had her exactly where I wanted her. She’s on my lap, I’m thinking I got this, but then the fear of slipping came into my head when I stood backwards. I tried to ignore that and just go with it, and that’s when I knew it was mine.”

To conclude, she showered praise of Shayna Baszler and claimed that she fully deserved to hold onto the title for such a long time. She stated:

“Shayna is definitely a bad ass, she’s credible, and she deserved to hold the title for so long,” Ripley said. “It’s hard to describe, it’s more of a natural feeling, but stepping into the ring with her taught me a lot about myself and what we do in the ring.”