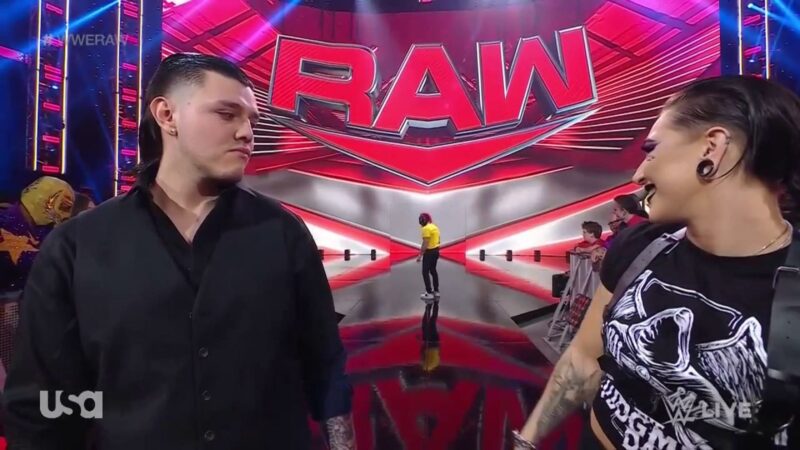 The two lost the titles eventually and since then they have been working together on Monday Night RAW following last year’s edition of WWE Draft. Rey Mysterio has worked hard to get where he is in professional wrestling, as he worked for over three decades. He is now currently engaged in a feud with Dominik, who turned heel and joined Judgment Day recently.

The Judgment Day appeared on Wednesday’s episode of WWE’s The Bump and talked about adding Dominik Mysterio to their ranks. Rhea Ripley was asked about being Dominik’s new Mami and/or Papi and she initially said that their relationship is something that she wants to keep private.

“My relationship with Dominik is something that I keep with Dominik,” Ripley stated. “I’m not going to go too in-depth [about] it.

Ripley later explained that she is whatever he needs, as long as he recognizes it’s one of them.

“I love every single aspect of that. I called myself Papi before just to sort of get under his skin and get through to him, and also to make fun of Rey. Dom Dom gets what he wants,” Rhea said. “If he wants Mami, it’s Mami. If he wants Papi, it’s Papi.”

Ryan Pappola then asked about Rhea’s “whisper” tweet that had people wondering what the context of the photo was.