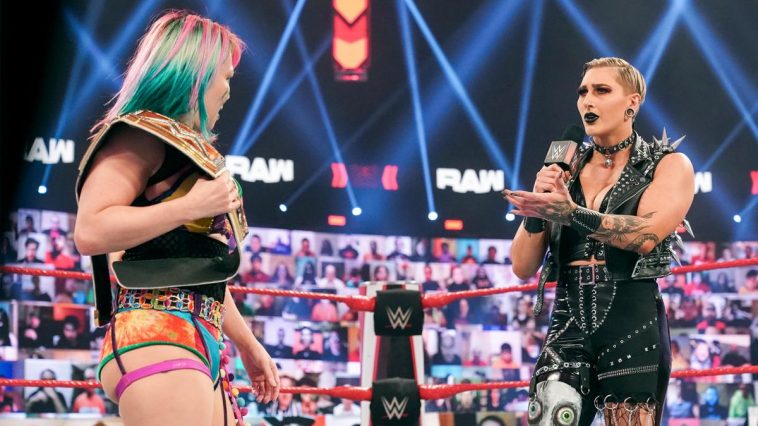 Rhea Ripley was called to the main roster earlier this year and she immediately challenged Asuka for the RAW Women’s Championship at WrestleMania 37. On Night Two of WrestleMania 37, Rhea Ripley squared off against Asuka for the RAW Women’s Championship and after a very hard-fought match, she would end up defeating The Empress of Tomorrow for the title. Rhea Ripley also revealed her weight gain in WWE.

On this week’s episode of Monday Night RAW, Rhea Ripley faced off against Asuka in a WrestleMania 37 rematch. One person was very critical of the match and that was former WWE writer Vince Russo.

Vince Russo recently spoke on Legion of RAW, hosted by Dr. Chris Featherstone. During the podcast, Vince Russo revealed a major problem he had with the match between Asuka and RAW Women’s Champion Rhea Ripley. He complained about Ripley calling a move to Asuka during the match, which should not have happened given the level Ripley is at.