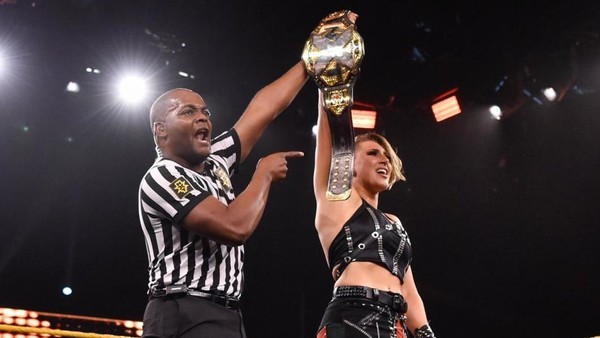 There is no surprise to the fact that reigning NXT Women’s Champion Rhea Ripley is a massive fan of tattoos but in a recent interview, Ripley revealed that WWE has prevented her from sporting any sort of ink on her upper body.

However, in Ripley’s case, legs are an exception and as seen in a recent Instagram post, ‘The Nightmare’ has now gotten herself a brand new tattoo on her leg.

As seen in the post above, Ripley’s tattoo signifies a Wendigo creature, which is a mythological man-eating beast or evil spirit from native folklore, as the current NXT Women’s Champion prepares herself for the biggest match of her career.

At this year’s WrestleMania 36, Rhea Ripley will be putting her NXT Women’s Title on the line against former champion and 2020 Women’s Royal Rumble winner, Charlotte Flair in what remains as one of the highly-awaited matches of the year.